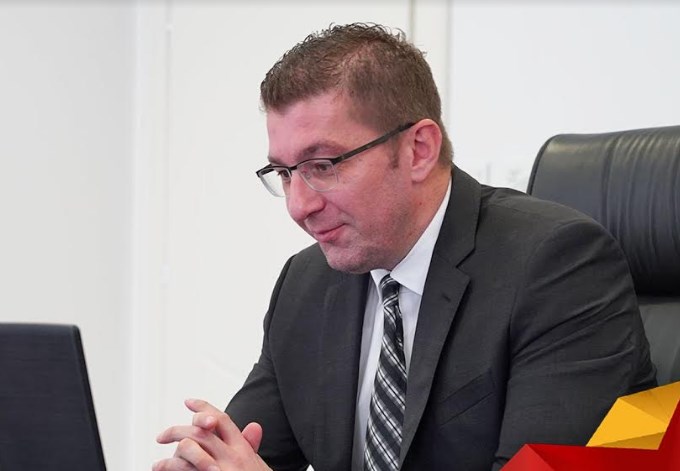 Today the real topic is that we have 101 new cases and 4 deaths. The government wants to sell a story to hide the truth about itself, and the fact that my sitting a restaurant did not infect anyone, but their incompetence and the SDSM cluster, says the leader of VMRO-DPMNE, Hristijan Mickoski who became the headline among members and SDSM supporters, as well as pro-government media outlets, after going to a restaurant in the Debar Maalo neighborhood.

Inspection, RDU, police, media – a drama about sitting in a restaurant, while Macedonia counts new Covid- 19 cases and deaths, as a consequence of the ineffective measures taken by the Government in the fight against this virus.

In time of a real disaster of the coronavirus spread and a total fiasco of the authorities, which are disoriented and inefficient, they are focusing on whether I had lunch inside or outside a restaurant, fully demonstrating their dishonest face and installations. Defocusing the public with that “epic battle” of RDU specialists, with restaurant staff, appearing in the media, they made a story of something that is not there and a series of other misinformation, all in order to divert attention from the real disaster with the lives of citizens, caused by the incompetent government, Mickoski wrote on Facebook.

Yes, it is true that I was in a Debar Maalo restaurant together with two acquaintances, for the first time since the ban for bars and restaurants was lifted, insufficiently informed on the new protocols. If this is my sin and mistake, then I admit it and am prepared to pay a fine, Mickoski says.

He regrets that despite the large numbers of new cases and deceased, the disastrous management of the coronavirus crisis, the economic debacle of the authorities, the robbery of the people and selling of national interests, his meeting with acquaintances in a Skopje restaurant became the main headline.

Mickoski also referred to something that VMRO-DPMNE has been talking about and warning about some time – the suspicion that they are constantly being followed.

If anyone had a dilemma, it is now more than clear, crystal clear that the government and the parapolice forces controlled personally by Zoran Zaev are following me. And they should know, Macedonia does not forget, and they will all be defeated!, he said.