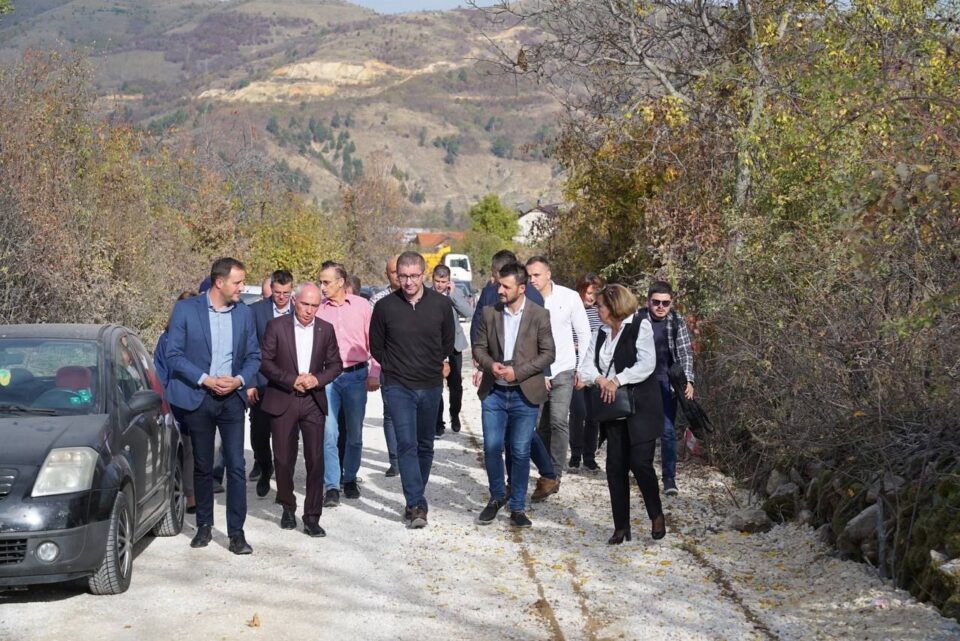 VMRO-DPMNE leader Hristijan Mickoski congratulated the day of the liberation of Bitola from the fascist occupation, adding that it is always a pleasure to attend such events when projects are being implemented and when promises are fulfilled.

And that is the difference between VMRO-DPMNE and the government led by SDS-DUI. What we promise, we deliver. From tomorrow until Sunday, we will have 365 days since the victory in the local elections last year in Skopje, I invite you if you have the opportunity, to come and hear first-hand what has been done in the past year by the mayors who were elected from the coalition led by VMRO- DPMNE. That’s 42 plus the coalition in the municipalities where VMRO-DPMNE is, that’s a total number of about 50 municipalities. Compared to what it was in the past, it is truly incomparable in terms of increasing the quality of citizens, Mickoski said.

Mickoski added that it is really impressive that more than 75 percent of capital investments have been realized in Bitola.

Until now, this has not happened, more than 65 projects have been prepared for up to a year, i.e. before the construction permit, and indeed Bitola deserves to return the shine that it has always had as a consular city. And I commit personally and I have said this many times in the past, that the VMRO-DPMNE government and I, as its mandate holder, will pay special attention here to Bitola and we will back the local self-government, and not like what this government does, looking at all possible ways to obstruct the work of the local self-government and the mayors, said Mickoski.