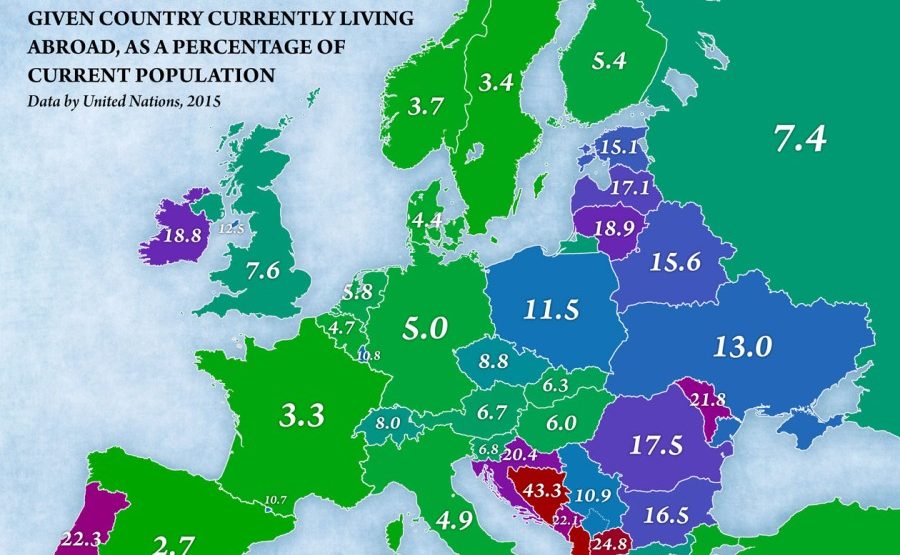 According to popular cartographer Jakub Marian, Macedonia is among the European countries worst affected by population drain. Nearly 25 percent of the Macedonian population has left the country, a percentage smaller only in comparison to until recently war torn Bosnia and Albania.

The number of Bosnians living abroad amounts to 43.3 percent of the current population, while Albania, which was affected by major emigration waves after it opened its borders with the collapse of Communism, has a rate of 38.8 percent.

Least affected countries include Spain, with an emigration rate of just 2.7 percent, France with 3.3 percent and Germany with 5 percent.

Zaev is hoping that Bulgarian President Radev can deliver, promises him victory in the next elections if he does