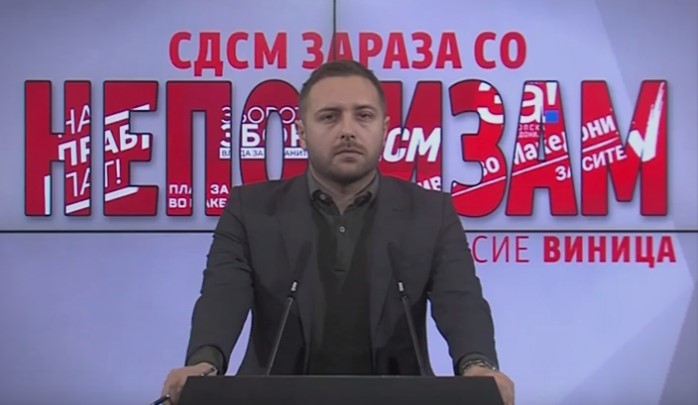 VMRO-DPMNE spokesman Dimitar Arsovski accused the Mayor of the city of Vinica, Ivica Dimitrov, of abusing the public administration for nepotistic hiring of his relatives and fellow SDSM party officials. As in Veles and other cities across Macedonia where SDSM holds power, Arsovski drew out the family tree of the Mayor and described the abuses of public resources.

Shortly before the caretaker Government was appointed, Mayor Ivica Dimitrov hired his wife Teodora in the Stip office of the Interior Ministry. Her sister Aleksandra Romanova Stoimenova was hired in a local school which is under the supervision of the Mayor. His cousin Toni Velkov, who is also head of the Vinica branch of the SDSM party, hired his wife Ema Velkova in the Macedonian Post Office and his nephew Filip Lazarov in the Interior Ministry. And finally, the Mayor’s best man, Pance Stoimenov, had his wife Marina hired in the Finance Ministry, Arsovski said during his press conference.

The VMRO spokesman called on the Anti-Corruption Commission to investigate these public sector hirings as a pre-election abuse of public funds. He said that the ruling party clearly understands that its grasp on power is slipping and is hastily trying to provide comfy public sector jobs for the relatives of its officials while it is still in a position to do so.

Scandal: Government uses its executive power to give a marijuana growing licence to an SDSM official recently sentenced for cigarette smuggling