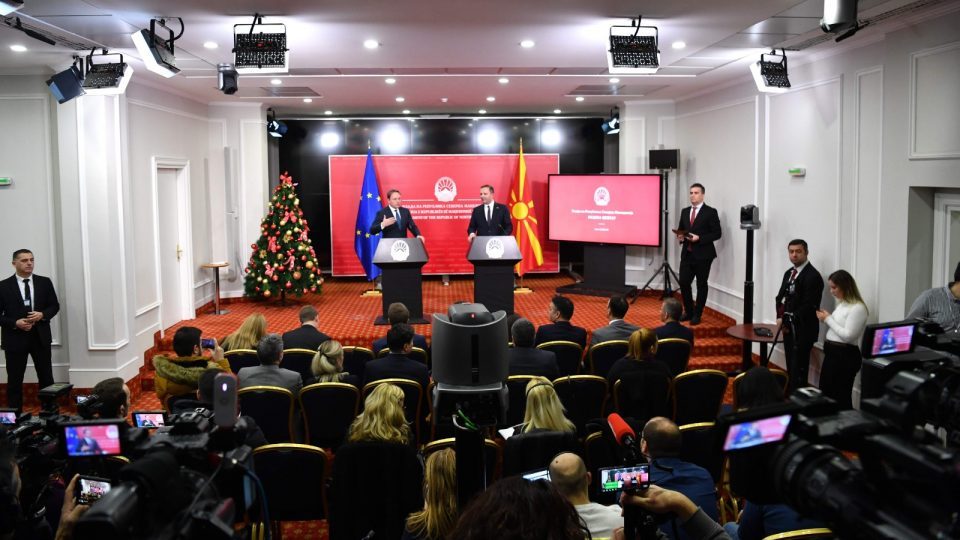 Interim Prime Minister Oliver Spasovski said that the French decision to veto Macedonia’s EU accession talks was a strategic error, but expressed hope that it will be rectified soon. Spasovski said this during a joint press conference with the new EU Enlargement Commissioner Oliver Varhelyi who is visiting Macedonia and who said that Balkan enlargement will be a priority for the EU.

We will do nothing to jeopardize what we achieved, and what was greatly valued and recognized by the European Commission last year when it recommended to the European Council that it urgently and without delay begins the accession talks. This recommendation was the result of successful fundamental reforms and courageous decisions to clear up the misunderstandings with our neighbors and it made our EU aspirations a reality. We expected the announced position decision by the Council in October and our country did all it could to open accession talks. Although we experienced a disappointment, we accepted that this strategic error will be rectified soon and that our results will be evaluated on their merits, Spasovski said.

France surprised the EU when it blocked Macedonia, with French President Emmanuel Macron demanding a thorough change in the way EU conducts enlargement, but also in the EU itself. A new methodology for enlargement will likely be proposed this spring, but it’s unclear whether this will be enough for France, as Macron demands a streamlined EU and one where the numerous small member states won’t be able to continue blocking major decisions.