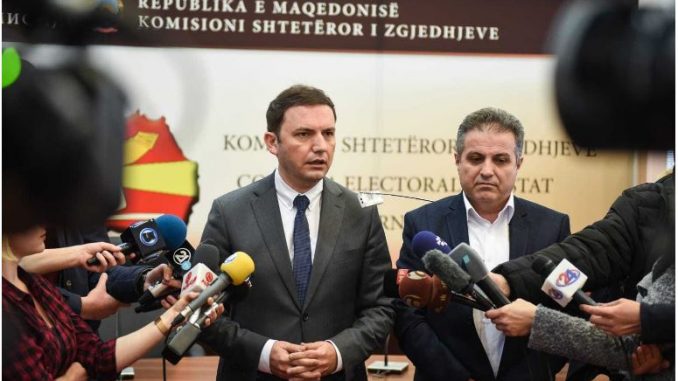 The upcoming presidential elections should be fair and democratic, without even the slightest remarks that would cast a dark shadow. They should be a game in which the best person will win. This will show the maturity and democratic capacity of the state, which will largely depend on the decision of the EU Commission and the EU member states to start the negotiations for membership in the Union, said Deputy Prime Minister in charge of European Affairs Bujar Osmani and the SEC President Oliver Derkoski.

The country, Osmani said after Thursday’s meeting in the SEC premises, is under scrutiny by the member states and the Commission whether it has democratic capacities to conduct fair and correct elections, and I think that the impression that we will give on the existence of such capacities will affect the assessment in June.

We publicly call all stakeholders in the election process, because the SEC is the organizer, the government provides the necessary prerequisites, but every stakeholder, every political party, every citizen should know the importance of the moment in which the elections are held. It is important who will be the president, but more importantly in this process is whether we will have fair and democratic elections without the slightest deviations, problems and remarks, said Osmani.

The elections, Osmani said, are held at the best or the worst moment for the country, because they will end a month before the decision on EU accession negotiations.

Derkovski agrees that the election process should pass without the slightest remarks and that they as an institution will do everything to realize it.

The SEC is a government body that will do everything within its competencies to organize this process in the best possible way, but we urge all stakeholders to be careful that this process can be smoothly conducted. The elections are a politically competitive game in which the best person should win, ie the person who has a better political platform and program, he said.