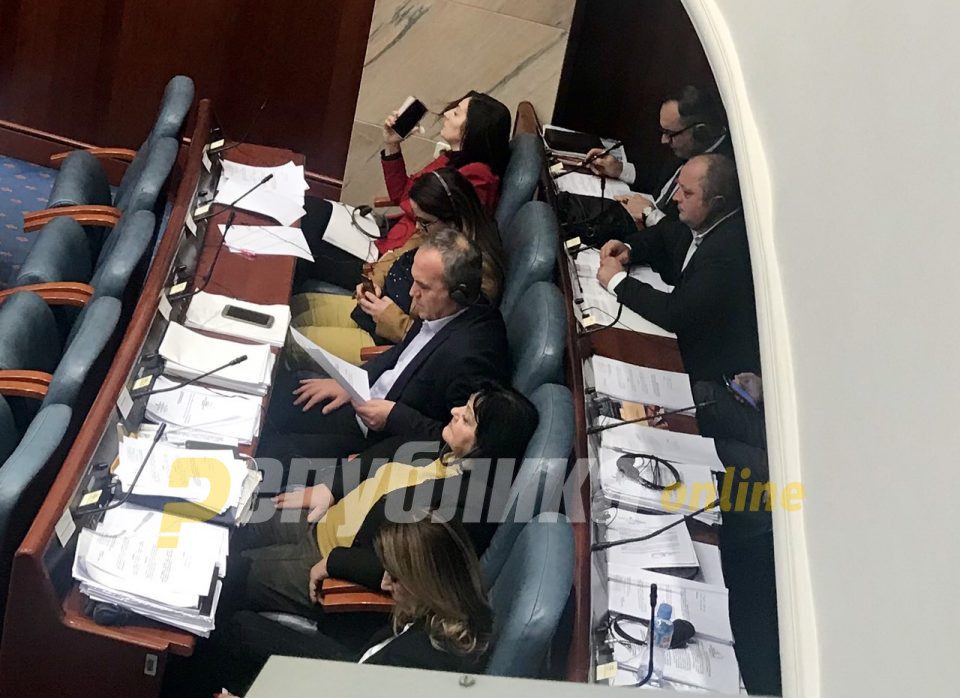 Krsto Mukoski and Saso Vasilevski, two of the three members of Parliament who were charged and then pardoned in the April 2017 trial, ignored phone calls today and would not comment on the extremely high sentences given by judge Dobrila Kacarska to the other defendants.

Sixteen defendants were sentenced to a total of 211 years in prison on charges of “terrorism” pushed by the Zoran Zaev Government. PressingTV tried contacting Mukoski and Vasilevski to respond to the sentences but they would not answer. The two, along with Ljuben Arnaudov, negotiated amnesties for themselves and some of the protest organizers, in exchange for their votes to rename Macedonia into North Macedonia. The defendents who did not have seats in Parliament and were not necessary to Zaev in the process to rename Macedonia were sentenced to between 7 and 18 years in prison.

It pays to be on the Government’s side: Company owned by the Mukoski family wins another public contract