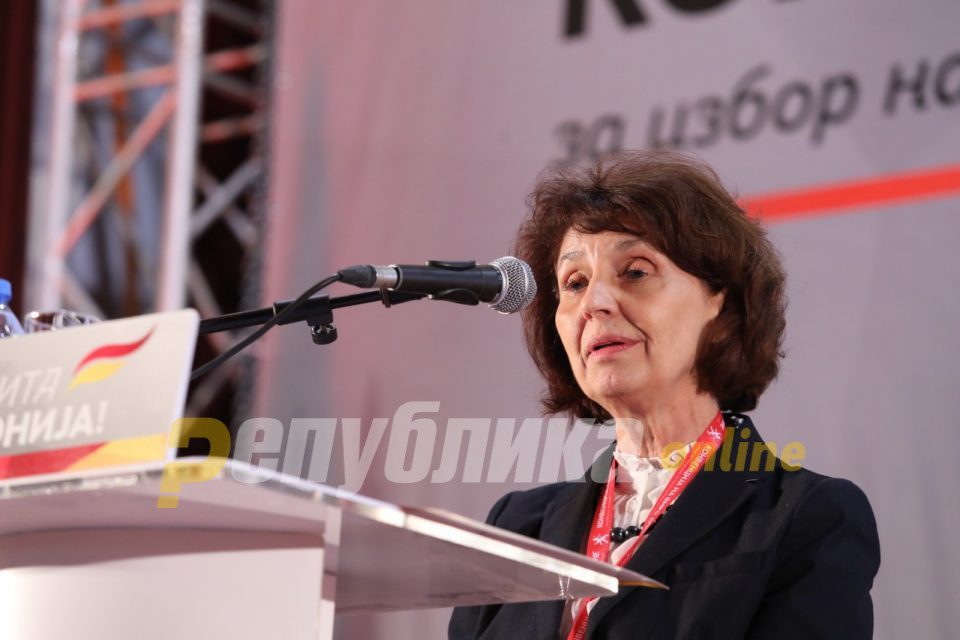 Opposition candidate Gordana Siljanovska said that, if elected President, she will work to reverse the Prespa treaty and anull the articles which violate human rights.

We already have reviews from international experts about the Prespa treaty and the public knows their positions. They dared to say that the right to self-determination is being violated, as well as the political rights and the right to express your culture. I have scientific findings on how the treaty violates the Vienna convention on the Law of Treaties, I raise that issue at all my meetings and I hope that things will change. The problem of the Macedonian name is a dark mark on the conscience of Europe, one of these experts said. It will push us toward a day when we will have to replace our identity papers and force us to lie to ourselves that we were born in North Macedonia. That pains me. I was not born in North Macedonia, Siljanovska told Mkd.mk in an interview.

The constitutional law professor herself wrote a critical analysis of the Prespa treaty and outlined the numerous violations of human rights and international law contained in it.

Greek diplomats prepare directions for Zaev, are worried that VMRO might win the elections, To Vima reports

Siljanovska: We’ve developed a Western Balkans style of governance, with no checks or balances