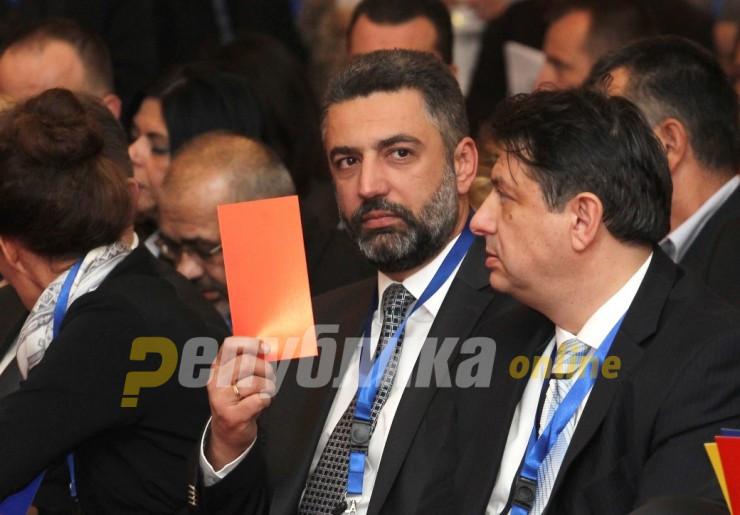 Former secret police commander Mile Zecevik, who is now one of the top advisers to Prime Minister Zoran Zaev, dismissed criticism aimed at him after he was appointed to the oversight board of the Stopanska Banka – Bitola bank. The bank is part of a consortium of companies whose owners were recently detained on orders of the Special Prosecutor’s Office, seen as exceptionally close to Zaev’s ruling SDSM party, and Zecevik’s appointment to the board was widely seen as a forced move by the company meant to get it out of legal troubles.

SDSM accused former state security director Saso Mijalkov of influencing the work of the consortium, and charges were filed against him, Orce Kamcev, Cvetan Pandeleski and other businessmen. This is why the appointment of a different secret police chief, this time from the SDSM camp, to the board, caused much criticism and allegations that the Government is using the Special Prosecutor’s Office to take over lucrative companies.

So much drama was raised over this, it’s as if I am the chief of the secret police, Zecevik said in response.

In an interview with the Nezavisen daily, Zecevik claims that there is no conflict between his advisory position in the Government and his additional new post in the Bitola based bank. Zecevik says that he is a friend of Cvetan Pandeleski’s son and that this influenced his appointment to the board, not pressure he exerted through the Government and the prosecutors.

There are no charges against the company, but only against Dejan’s father, for a certain act he did, but that’s a different matter, Zecevik insisted.

Pandeleski is owner of the Pelisterka bottling company, which holds a 21.85 percent share in the bank. Zecevik insisted that Cvetan Pandeleski is not guilty, is suffering from cancer and was unfairly detained for four months, incidating that, after assuming his new position in the bank, the powerful Zaev adviser will push for leniency for the accused businessman.

Still reeling from the arrest of Katica Janeva, her prosecutors refuse to give Kamcev his passport back