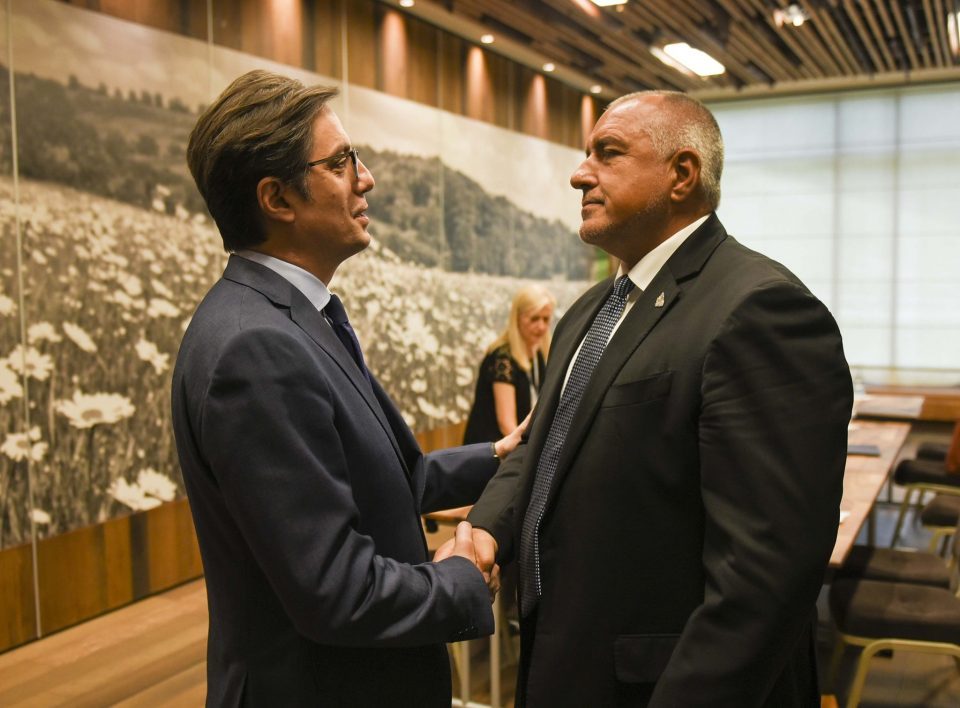 President Stevo Pendarovski said that Macedonia will have to reach compromise with Bulgaria, and that it remains to be seen how difficult it will be. Bulgaria is blocking Macedonia from opening EU accession talks as it demands serious concessions on issues of national identity and history.

We want to talk about the rule of law, the freedom of the press, how professional the administration is, the fight against corruption. These are the criteria for EU membership. If you want us to talk about the history, ok, there is a historic commission, let the historians work there. But that can’t be a pre-condition for entering a political organization built in 1957, Pendarovski insisted in a TV interview conducted after his return from Brussels, where top EU officials confirmed that Macedonia has little to hope for in the coming months as Bulgaria is without a political Government.

Pendarovski painted a picture of an isolated Bulgaria, which has no supporters backing its position to block Macedonia. “But they all told us that opening accession talks and entering the EU requires full consensus. That is the reality and we have to tell it to our people”, Pendarovski said.

Pendarovski was also asked what was he able to deliver from his visit in Brussels, given that Serbian President Aleksandar Vucic successfully played the EU and China against each other and just secured major EU funding for a high-speed railway from Belgrade to the border with Macedonia.

Chapeau to Vucic. Objectively I have nothing to do competing with him in his discipline. I can go against other presidents but with Vucic, regarding the vaccines and the railroads, I can not, Pendarovski said.

China was also interested in building a high-speed railroad from the Greek port of Piraeus to Budapest, traversing Macedonia and Serbia on the way. But the EU seems eager to muscle China out from the Balkans and it is now funding portions of the project.