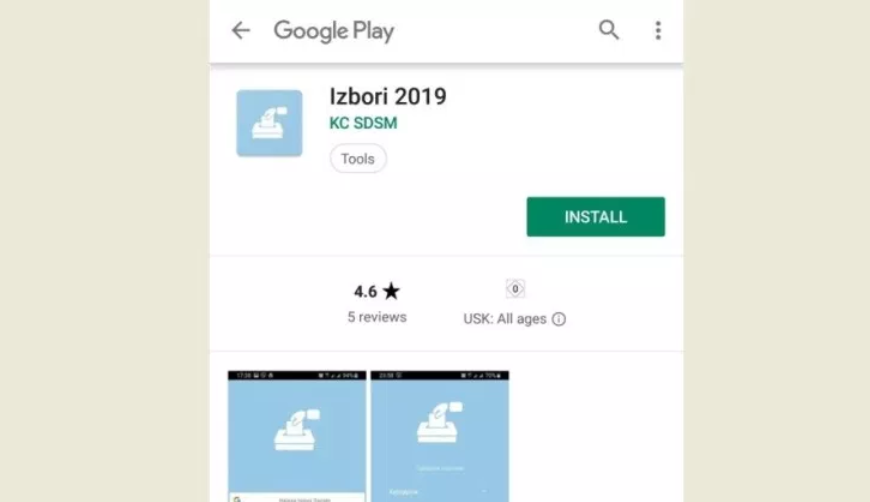 Representatives from the Gordana Siljanovska – Davkova election team met with state prosecutors today to present their information regarding the suspicious Android application which the ruling SDSM party was allegedly using to collect information on voters. The campaign of the VMRO-DPMNE presidential candidate informed that the prosecutors said they are looking into the allegations, but the Siljanovska team worries that it may be too late, and that the evidence is being destroyed by the SDSM party.

Prime Minister Zoran Zaev today confirmed that his party was using the named application, but insisted that there was nothing illegal in the case.

The evidence was also submitted to the State Electoral Commission and is going to be shared with international observers as well. The application was named KC SDSM Izbori 2019, and it was available on the Google Play app store. According to Siljanovska’s campaign, whistleblowers informed them that it is used to follow the movement of voters who have installed it, or may be forced to install it, on election day, and would be a sophisticated vehicle used to pressure voters to go to the polls. It is also being used to collect personal information from voters, Siljanovska’s spokesman Goran Momiroski said.

Three days after the public was informed, state prosecutors and the Interior Ministry still haven’t seized the servers used by SDSM, which would prevent further distribution of the collected data. The author of the application is a person who worked as an SDSM delegate to the State Electoral Commission and was working on and had full access to the vast voter data collection, including identity numbers. SDSM are removing the servers and the responsible institutions remain silent and are not taking action on this issue, Momiroski said.

He also warned that a hacking attack against the State Electoral Commission, which happened 15 days ago, coincided with the launch of this application, also hasn’t been investigated yet.

If action was taken sooner, we would have been able to rest more easily about the state of these electoral irregularities, and other possible criminal activities, Momiroski added, warning that the actions of SDSM and its Government constitute a breach of electoral laws.

Zaev today confirmed that his party ordered this application. He presented it as a “modern approach to campaigning, styled under the campaigns of Swedish socialists”.

If you go to the SEC website you can also access the voting registry. That is completely allowed under the law and I believe that all that is being done is strictly 100 percent in accordance with the laws in our country and does not intrude in the personal data of citizens, and there is no copying and it certainly represents something that many European countries have been doing for decades, Zaev said.