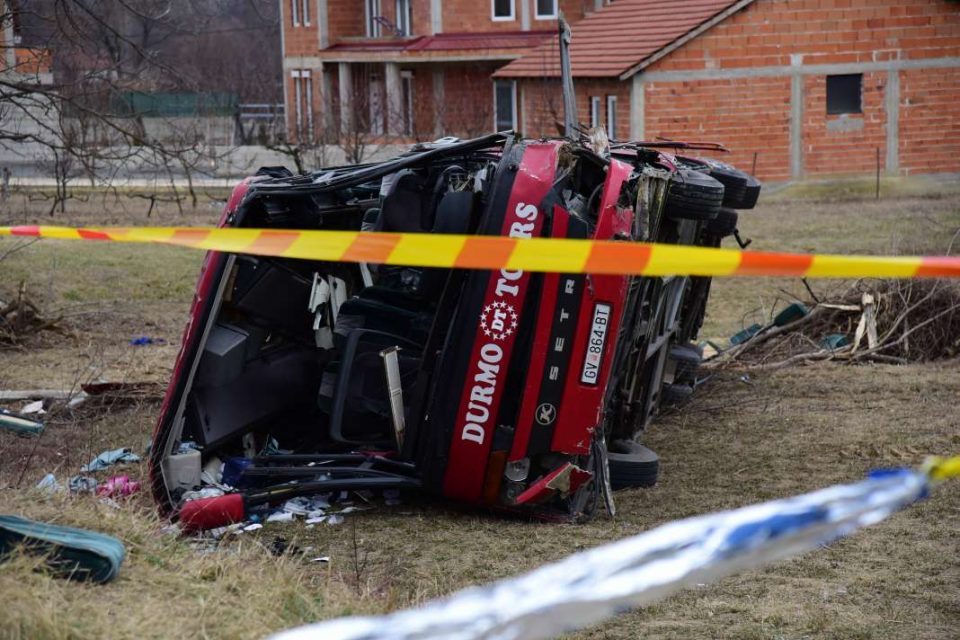 Public Prosecutor, Sasho Rajcev, will present Thursday at a press conference information on the investigation into the bus accident near the village of Laskarci.

15 people were killed in the bus crash that occurred on February 13 this year around 17:00 h near the village of Laskarci.

The bus of the company “Durmo Tours” carrying 51 passengers from Skopje to Gostivar, drove off the Tetovo-Skopje highway embankment and plunged into a small ravine, landing upside down.

The injured were immediately helped by locals from Laskarci and the surrounding area. And emergency response teams from “Health Center – Skopje” and private hospitals “Neuromedica” and “Sistina” were dispatched to the site of the crash.

The government declared 14-15 February as days of mourning. On February 14, a memorial service for the victims in the bus accident was held in Gostivar, which was attended by President Gjorgje Ivanov and Prime Minister Zoran Zaev, and three days of mourning was declared at the municipal level.

Different standards: Jurors in TNT and Laskarci cases elected on the same date, one leaves office, the other remains