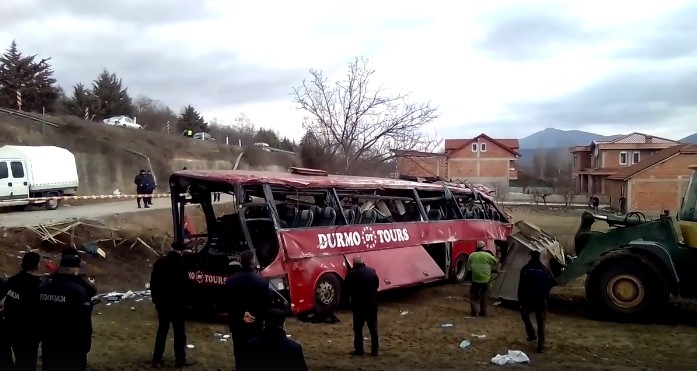 At Saturday’s press conference on the occasion of the memorial march dedicated to the second anniversary of the tragedy near the village of Laskarci, the Mayor of Gostivar Arben Taravari said that the people who were killed in the bus crash are not forgotten.

In hybrid regimes, court cases are never resolved. In hybrid regimes, court cases are resolved where 10 kebabs are stolen or something is stolen from the market, or a bribe of 1000-3000 denars is given. There is a court resolution immediately, but for such cases, especially where there is a suspicion that those companies are also part of the ruling parties, there will be no resolution until the government is changed. There is a suspicion that senior DUI officials are shareholders in those companies, Taravari said.

He adds that after the change of government, the case will be certainly resolved.

Taravari: If we do not get a date, the whole opposition will demand early elections in October