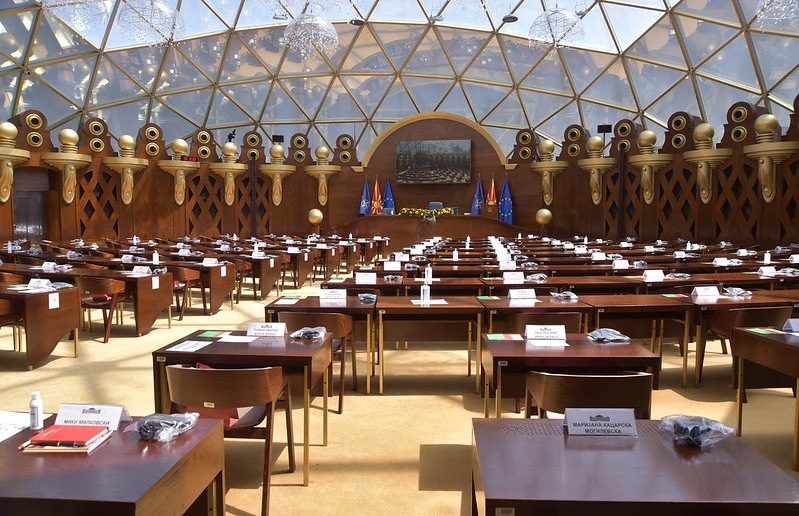 Representatives of the opposition parties VMRO-DPMNE, Alliance of Albanians, Alternative and Levica did not attend the coordination held this afternoon by Speaker Talat Xhaferi. The parties, who together hold 58 of the 120 seat Parliament, have briefed the press that they will stop providing the quorum for the Parliament.

With half a dozen representatives of the thin ruling majority made up of SDSM, DUI and BESA sick with Covid, the coalition is hoping to introduce online voting. But the opposition points to the Constitution which clearly requires the presence of at least half of the Parliament so that a session can even begin. In several key instances, such as the adoption to changes to the 2020 budget, the opposition with its presence allowed the session to begin, and the ruling coalition adopted the changes. But representatives from the Albanian opposition say that in the future they will only help begin sessions of Parliament that will serve interests of the citizens, and not those of the ruling parties.

Parliament concludes debate on the 2023 budget

In response to the Bulgarian clubs, Parliament adopts law that bans neo-Nazi organizations