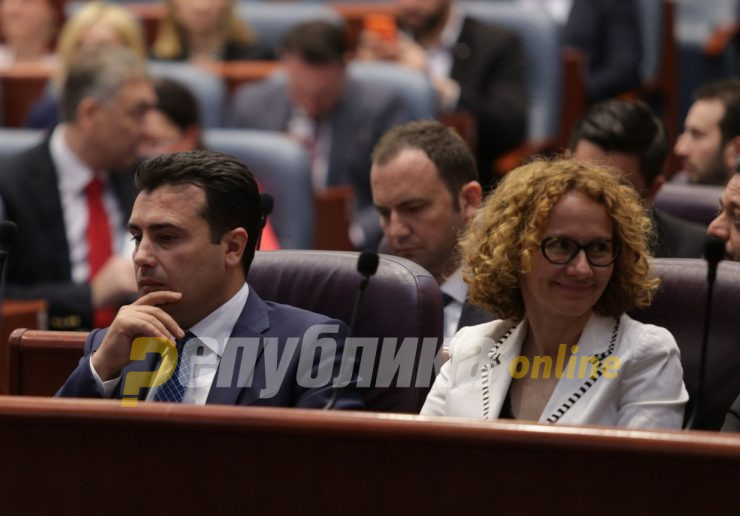 The ruling SDSM party is about to hold a meeting of its Central Committee, to determine the candidates for the coming early general elections. What is known so far is that SDSM will have its leader Zoran Zaev and deputy leader Radmila Sekerinska as heads of party lists.

Zaev will likely lead the list in the 4th, south-eastern district, which includes his base of Strumica. Sekerinska is a more difficult prospect, she may lead one of the two Skopje lists, or the 5th south-western district that includes Bitola.

Other names in the running include Venko Filipce, the Healthcare Minister who is involved in a series of corruption scandals and as of today the gross mishandling of the coronavirus crisis and the rising far left official Mila Carovska. Zaev rejected the offer from opposition leader Hristijan Mickoski that the two do not run for Parliament, given that the winner will have to resign his position anyway to lead the next Government. Mickoski proposed that the candidates for Parliament remain there, while party officials who would rather hold seats in the next Government don’t run for Parliament. Zaev refused this proposal which would have also left him without parliamentary immunity in case of electoral defeat, at a time when the corruption cases against him are multiplying.

Either way the ruling party missed an easy opportunity to offer fresh faces and will again be led by Sekerinska and Zaev. Zaev led the party through two electoral defeats – a landslide loss in 2014 that gave its opponent VMRO-DPMNE an outright majority in Parliament and a narrow defeat in 2016 that still came despite Zaev pulling all stops and using a cache of wiretaps to divide the country and receiving a contingent of Albanian votes. Zaev only formed a Government in 2017 due to serious international pressure to install him in place so he can impose a name change on the country.

Sekerinska, meanwhile, has been one of the most recognizable faces of the socialist party since its founding, frequently serving as number two behind Branko Crvenkovski, Hari Kostov, Vlado Buckovski and now Zoran Zaev. The one time she led from the front, during the 2008 elections, SDSM suffered such a defeat from Nikola Gruevski that the party developed a deep complex. In this election VMRO-DPMNE also secured an outright majority in Parliament. SDSM won only 27 seats in those elections.

SDSM has lost all elections in Macedonia save a highly suspicious vote in 1994 and the 2002 elections that followed the 2001 civil war – a conflict sparked by a similar collapse in the security services caused by a wiretapping scandal. The party hopes that this time it will be different, but keeps offering the same old faces to the voters.