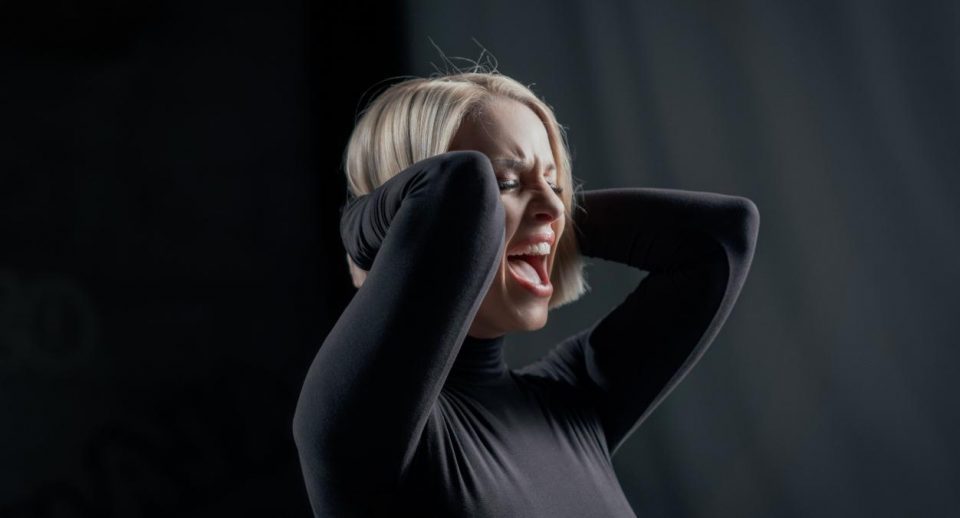 Singer Tamara Todevska made another gaffe after she posted the instructions she apparently received from the office Centar Mayor Sasa Bogdanovic on her Instagram.

Tamara came out with support for the idea to place a recycling machine that will pay citizens for depositing bottles and other waste. Tamara filmed herself recycling and getting paid for while humming a tune.

But when she posted the video on Instagram she included the instructions: “Use a hashtag on your story and tag us in the municipality Centar and the Centar parking. Split it into two stories and use the hashtag and tags in both of them so we can share them”, the message read. 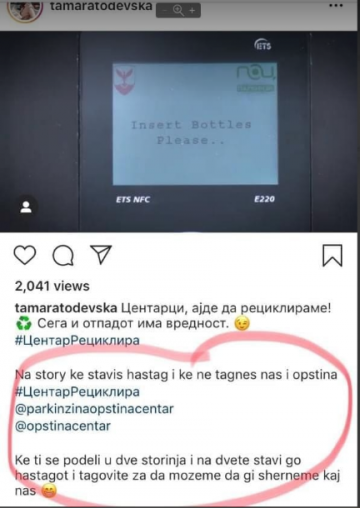 Tamara represented Macedonia during last years’ Eurovision song contest, where she scored 8th but actually managed to lose the sympathies of the public by overusing the imposed name “North Macedonia”, again in apparent coordination with the SDSM led Government. Shortly after the contest, she performed the Macedonian anthem at the 4th of July event hosted by the US Embassy and left out the verses mentioning Macedonian heroes Goce Delcev, Pitu Guli, Dame Gruev and Jane Sandanski. She claimed that it was a mistake, but the timing coincided with increased pressure from Bulgaria to get Macedonia to declare the national liberation heroes as Bulgarians. After outcry, Tamara threatened to leave the country, and recently tattooed the verse of the anthem as an attempt at an apology. 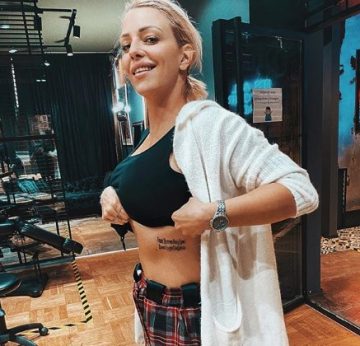