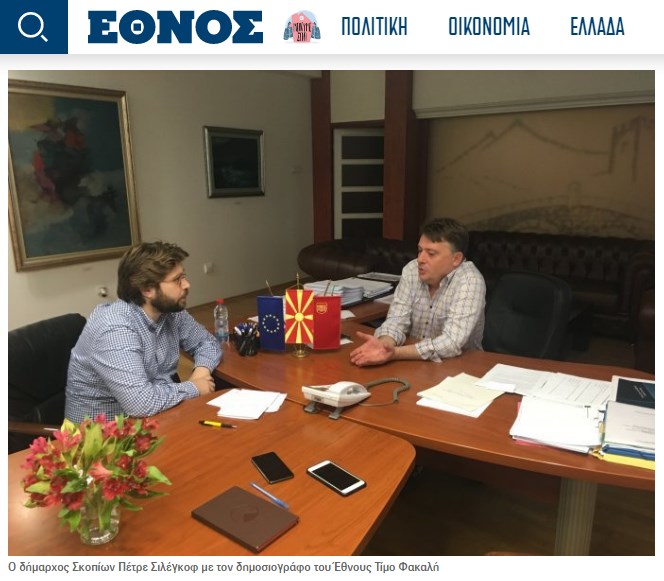 Skopje Mayor Petre Silegov told the Greek Ethnos outlet in an interview that he plans to begin removing monuments to Macedonian history from downtown Skopje following the elections.

Greece and other neighbors have demanded from the SDSM led Government to do away with the monuments to historic figures from Macedonia, in line with its policy that Macedonia is a newly minted nation with shallow historic roots. The ruling SDSM party has accepted this position and has campaigned strongly against the Skopje 2014 urban refurbishment project, that was meant to both express pride in Macedonia’s history in its totality and to serve as a infrastructure project at a time of the global financial crisis.

The mainstay of the monument is a grand statue of Alexander the Great, on a piller in the center of Macedonia Square. Social media commentators associated with the SDSM party have spread rumors over the past weekend – the first weekend of full curfew in Macedonia imposed because of the coronavirus – that the authorities will use the opportunity when citizens will be prevented from protesting to remove the monument. The fake news announcements prompted outrage.

Never the less, Silegov told Ethnos that he is “encouraged” by SDSM party leader Zoran Zaev to begin removing the monuments after the elections, whose date is currently uncertain. So far he announced the removal of several boat shaped restraurants that were placed in the Vardar river.