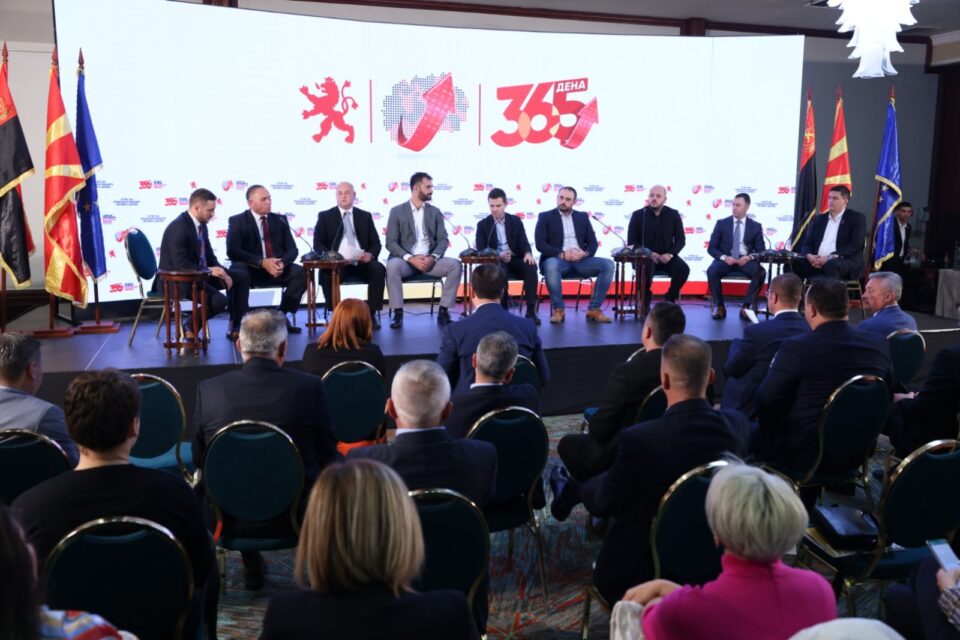 Local officials elected through VMRO-DPMNE have initiated a strong program of international cooperation, to access possible funding from international sources.

The Mayor of Aerodrom Timco Mucunski said that in his year in office, he has worked on several key priorities – eliminating corruption in the municipality, digitalization of its services and waste recycling. Mucunski spoke at the political fair VMRO-DPMNE organized to present the work of its elected local officials.

We need to change the system of values in the local self-governance. We must do what is possible to use our international contacts so that we provide better lives for our citizens and to implement tangible projects in their interest, Mucunski said.

He was followed up by remarks from Daniel Braun, head of the Konrad Adenauer Stiftung in Macedonia, who welcomed the work that the VMRO-DPMNE officials did after their sweeping electoral victory in 2021. “They pushed through many projects, even as we know that there are many additional things to focus the attention to. Our foundation has persistently offered its support for activities and we will remain your loyal and close partners”, Braun said.

Ilina Mangova from the International Republican Institute said that their organization is contributing polling and research that helps the elected officials focus their efforts.

Our conclusion is that we have to be persistent and to “harass” our international partners with projects, ideas and concepts for the future. And now we see that at literally every event in Macedonia, we have three, four mayors, who are asking for assistance and support from the foreign embassies, added VMRO-DPMNE international secretary Stefan Andonovski.

Parliament dissolution in February, elections in May?