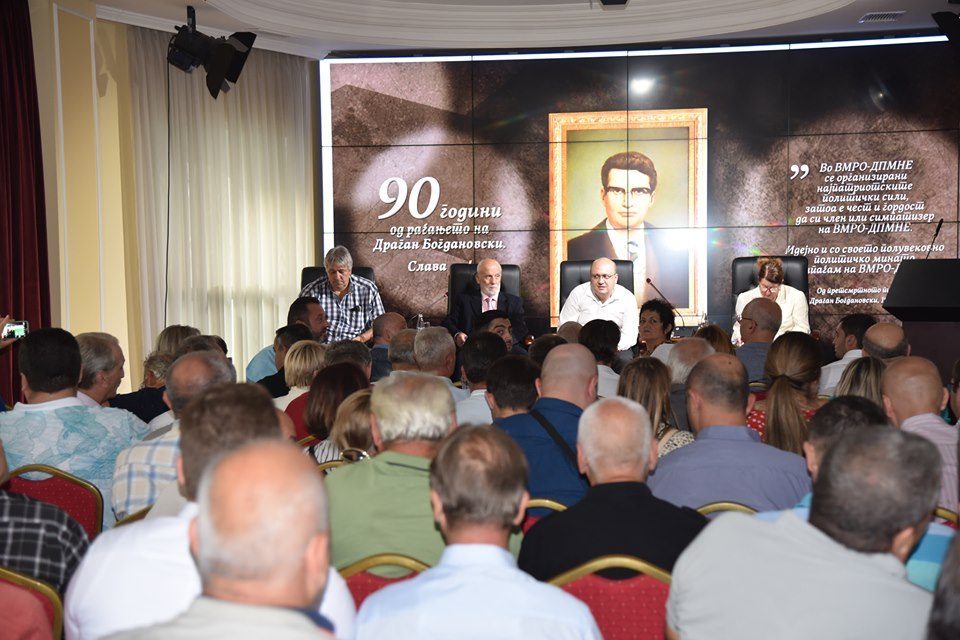 VMRO-DPMNE marked the 90th anniversary of the birth of Dragan Bogdanovski, the Communist era dissident who was instrumental in founding the conservative party.

Bogdanovski (1929-1998) was a leading Macedonian emigre intellectual, who was being detained as student in Communist Yugoslavia for his campaigns in favor of Macedonian national causes. He fled Yugoslavia for Argentina in 1950, making his way to Paris where he created the Movement for liberation and unification of Macedonia (DOOM) and began to publish papers supporting Macedonian independence from Yugoslavia and a break with Communism.

Marrying in Norway, he moved his activities there, printing papers such as Macedonian Nation and Free Macedonia. Bogdanovski was kidnapped by Yugoslav intelligence in Paris in 1977 and transported in secrecy, using a diplomatic car, to Yugoslavia. He was imprisoned in a secret location south of Skopje and sentenced to 13 years in prison in a covert trial.

Bogdanovski was released 11 years later, as Communism was collapsing, and left for Sweden, where he worked to prepare a program for a pro-independence party, which eventually grew into VMRO-DPMNE. Dragan Bogdanovski was active in the initial running of the party and the formulation of its values and principles. He died in Sweden in 1998 and was buried in his native Kumanovo on Ilinden.