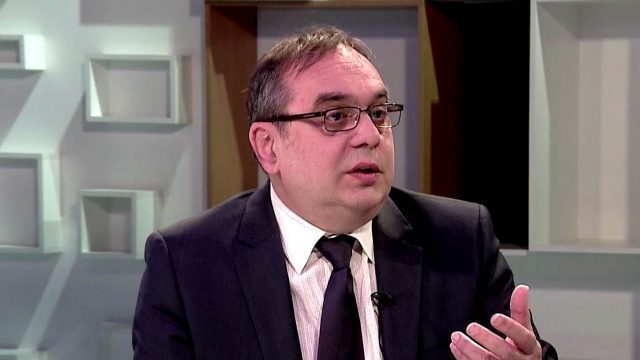 Law professor Aleksandar Dastevski believes that the opposition VMRO-DPMNE party has every right to push for impeachment of President Stevo Pendarovski, given the violations of the Constitution during the declared state of emergency.

Pendarovski himself acknowledged that he has no right under the Constitution to extend the state of emergency, after initially declaring it for a period of 30 days, but he did so anyway, several times, citing the unique danger of the coronavirus. The executive orders made by the Government during this period are now facing a difficult time being confirmed by the Parliament, in light of opposition from VMRO.

Some of these orders had nothing to do with the epidemic, and were adopted for personal, lucrative reasons, Dastevski said, citing as an example the orders to pay salaries owed to prosecutors from the highly partisan Special Prosecutor’s Office even after its chief prosecutor was charged in a major corruption scandal. “The opposition can’t lend legitimacy to these orders after the fact. Over 90 percent of the orders were made for the purpose of bribing voters with public funds ahead of the elections”.

Stoilkovski: Zoran Zaev, Ilinden is the foundation of Macedonia, you idiot!

Janusev: It is time to return the country in the hands of the people

VMRO-DPMNE Vice President Aleksandar Nikoloski addressed the people of Kavadarci at Friday’s protest. Macedonia is currently experiencing its biggest crisis since independence until today, Nikolski said, pointing the blame at the address of the old-new criminal coalition of SDSM and DUI. The state...
Macedonia 04.12.20 | 19:19