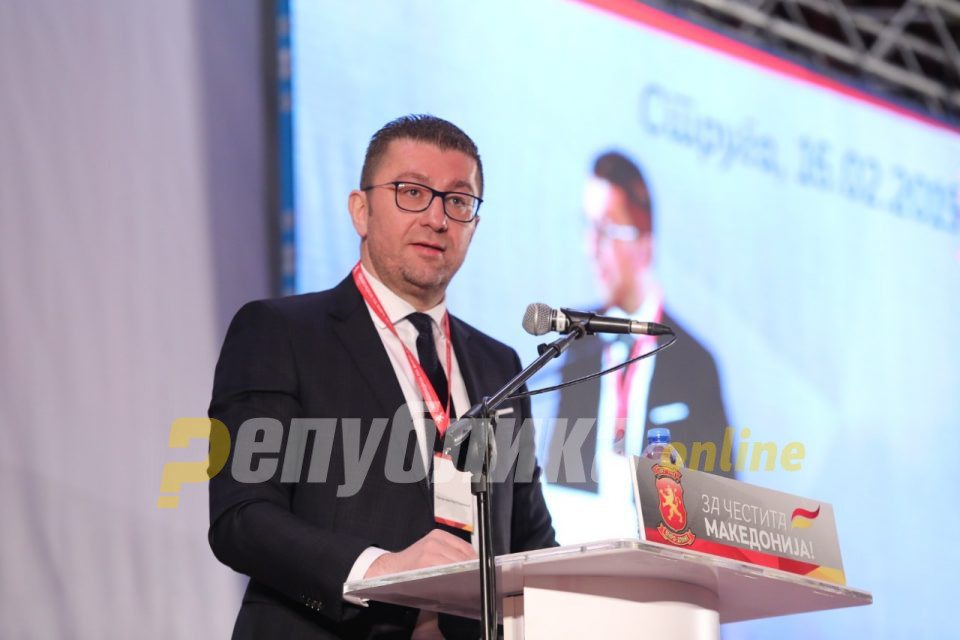 To what extent are the sentences and timing that they have been handed are a kind of pressure to voters and a kind of dirty game before the election? VMRO-DPMNE leader Hristijan Mickoski says this pressure is unprecedented in the recent history of the Republic of Macedonia.

Zaev threatened on April 28, 2017, and almost two years later, Kacarska and Ruskoska delivered, classic political persecution. And the citizens will no longer believe in the classical demagogy that comes from the SDSM’s center for lies and manipulations that we had been protecting violence, etc. Because we have violence in all the cities in the Republic of Macedonia and not only are the perpetrators and criminals not punished but on the contrary, the government takes photos with this kind of criminals and posts them on social media, says Mickoski.

According to him, the draconic sentences for 27 April are aimed at spreading fear among voters, among the citizens of the Republic of Macedonia.

Also to deal with politically different minded people, and what Zaev ordered on April 28, 2017, his servants delivered today, the Kacarska judiciary and the Ruskoska prosecution respectively. What is a reality in the Republic of Macedonia will be seen on April 21 and May 5, and that is the strength and energy that exists among the citizens of the Republic of Macedonia to put the incompetent, violent and despotic government once and for all on the margins of the dark side in history, said Mickoski.

The main message tonight comes from the people. What follows will be April 12. The murderer of justice Zoran Dzev is to blame for the situation in the country. He enacted a law on public prosecution, as well as his SDSM, which does not allow the materials to be used in proceedings against him, VMRO-DPMNE...
Macedonia 25.02.20 | 18:45