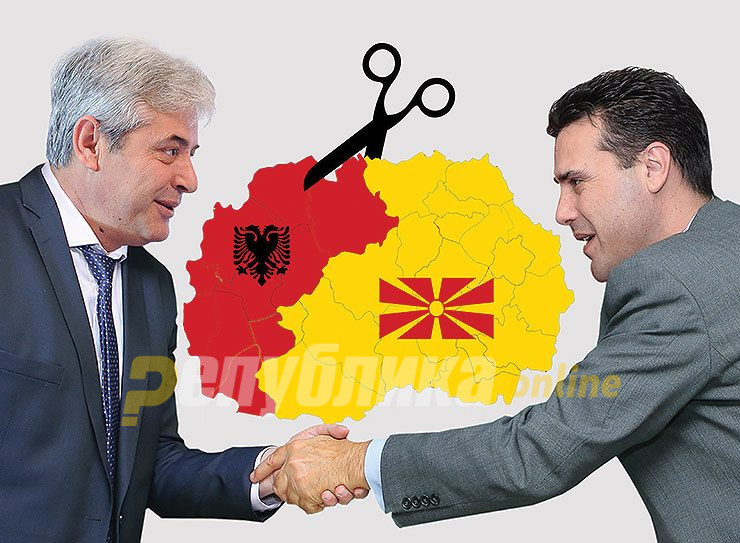 Discussing the potential coalitions with ethnic Albanian parties, VMRO-DPMNE leader Hristijan Mickoski said that hte largest opposition party supports ethnic Albanians and other minorities in using their native language officially, but within the constrains of the law and the Constitution.

I remain at the position that we have nothing against ethnic communities in Macedonia having the right to use their languages, but it must be legally and in line with the Constitution, not like what is being done now. The way in which the law on the use of languages was adopted and later signed devolved the entire procedure – having it published with a signature from Talat Xhaferi. If the Government had an honest intention it would have gone otherwise. But they didn’t have honest intentions, they just want to manipulate Albanian votes ahead of the elections. If would’ve been more honest to win Albanian votes by repairing hospitals, schools, building new streets in Albanian areas, bringing investments in Lipkovo or a sewage station in Aracinovo. But, they are abusing the low passions and push proposals that fall under national-romanticism. Our Albanian partner will be a partner in preparing the program of the next Government which will tackle actual problems the citizens face, Mickoski said, when asked by an editor from the Albanian language Alsat TV on his coalition plans post the early general elections.

Mickoski said that the ruling SDSM party is losing support among ethnic Macedonians, and wants to make up for it by drawing Albanian voters from the established Albanian parties toward itself. This, Mickoski said, is causing a race to the bottom in pushing for nationalist projects offered to Albanian voters.

This, de facto, has brought us leads federalization. We want to bring the two peoples together instead and to build a country which will be really functional. Not this dysfunctional state, where at one point we will try to draw a line, like they did in Cyprus. That is where Zaev is taking us, Mickoski said.