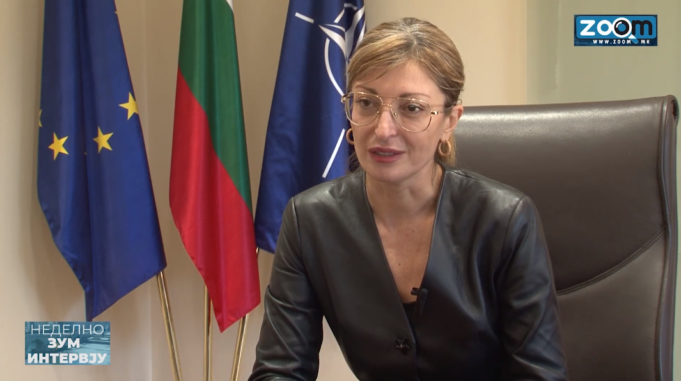 Do we have guarantees that the anti-Bulgarian campaign in Skopje will stop? Will the Republic of Macedonia no longer persecute its citizens with Bulgarian self-awareness? Will they not prevent the entry of Bulgarian books at the border? Will they not hinder Bulgarian investors? Will they broadcast  Bulgarian television? Will they stop the black campaign against Bulgaria throughout Europe? I did not see these guarantees, comments Zaharieva.

She says the purpose of tomorrow’s visit is clear – President Rumen Radev and the caretaker government he appointed to approve the negotiating framework for Macedonia so that the first intergovernmental conference can take place and de facto EU accession talks can begin.

However, according to her, the proposal set to be brought by the European representatives does not have the necessary guarantees.

The attempt to reach a compromise is a public secret in Brussels and it is circulating in the corridors of the European Commission and the world. I have knowledge of it and I allow myself to comment on it in advance. Unfortunately, the proposal again does not correspond to the framework position of Bulgaria, accepted by the Government and unanimously adopted by the Parliament because it does not contain any guarantees that our neighbors will accept European values, Zaharieva commented on Facebook.