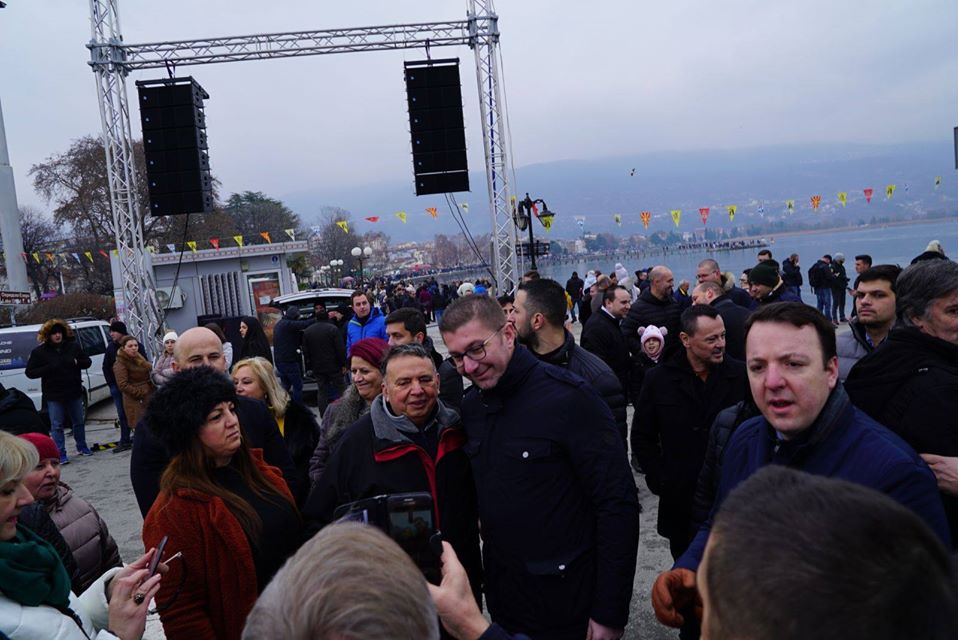 VMRO-DPMNE President Hristijan Mickoski told his chief political rival Zoran Zaev from SDSM that it is acceptable to meet over the law on state prosecutors, but only if the meeting is substantive.
Zaev considered the matter closed after his SDSM party engineered a highly problematic shut down of the Special Prosecutor’s Office with the help of disgraced former Special Prosecutor Katica Janeva. But the law was brought back into the fore of the political debate during the visit of EU Enlargement Commissioner Oliver Varhelyi, who asked that it is adopted. This prompted Zaev to quickly call for a meeting with Mickoski and ask that a compromise solution is found before the early general elections on April 12.

The law was frequently debated, our working groups met constantly, we had one failed meeting at the top level and there is no doubt in our minds that we need a new, European level law on state prosecutors. But what SDSM is proposing is primarily geared toward protecting their criminal structures after they are sent into the opposition on April 12. I would not waste Mr. Zaev’s time if he wants to have a meeting just for the sake of having a meeting, Mickoski said during his visit to Ohrid for the Epiphany ceremony.

Zaev, who was also in Ohrid, said that it is possible to adopt the law before Parliament is dissolved on February 11, and again called on the group of eight former VMRO members of Parliament to support it. This “independent group” was kicked out of the party after they voted for the imposed name change of Macedonia, due to bribes and blackmail organized with the help of prosecutors like Janeva.

I really believe that we will have a two thirds majority n Parliament because we have an obligation before the people and the state. We can have a meeting of party leaders next week. Ultimately this is not just an issue for Zaev or Mickoski, there are other political parties here, the independent group, and they can all share their ideas for this important, structural decision, Zaev said.

Zaev’s chief lieutenant, the current interim Prime Minister Oliver Spasovski, also said that adopting the law is an important issue and it should happen before the elections

We will do what we can in the coming period to work together with all the political parties and be up to the task, to complete our national interests which is joining NATO and the European Union, Spasovski said.

VMRO-DPMNE will require establishment of a special commission to deal with Covid-19, which will be voted in Parliament upon a government’s proposal, it was decided at last night’s meeting of the Executive Committee of the party. According to the proposal of VMRO-DPMNE, the commission should...
Macedonia 21.10.20 | 10:51