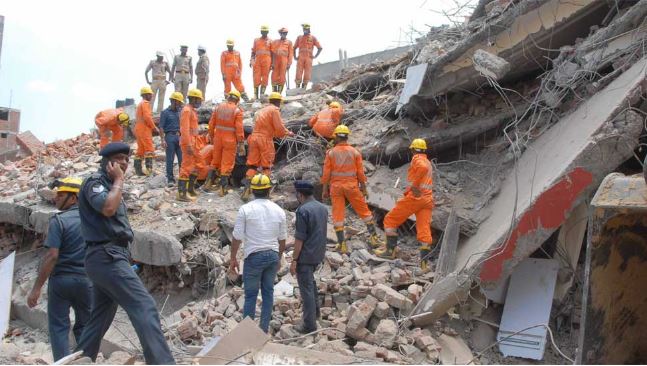 Police say at least six people have been killed after a cooking gas cylinder blast triggered a partial collapse of a building in the Indian capital, AP reports.

Police officer Monika Bhardwaj says eight people have been rescued from the debris of the first floor and ground floor of the building.

Rescuers with sledgehammers and chainsaws worked to clear the rubble Thursday night in their search for people likely trapped there.

Building collapses are common in India as builders try to cut corners by using substandard materials and as multi-storied structures are built with inadequate supervision.

The massive demand for housing around India’s cities and pervasive corruption often result in builders adding unauthorized floors or putting up illegal buildings.