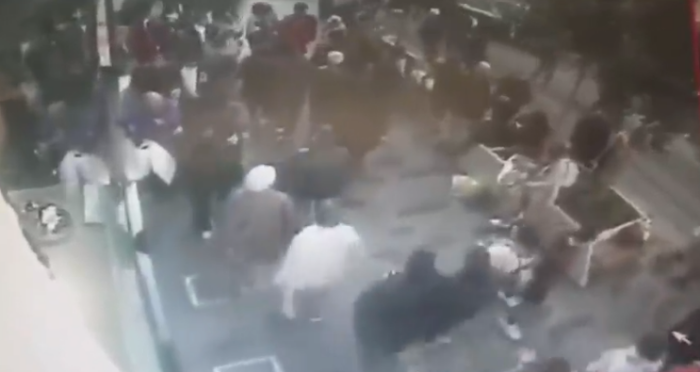 Police in Istanbul have arrested a person believed to be behind a bomb attack that rocked a busy shopping street on Sunday, leaving at least six people dead and dozens more wounded.

Early on Monday, Turkish Interior Minister Süleyman Soylu was quoted by state broadcaster TRT as saying that the police had arrested the person who planted the bomb on Istanbul‘s popular Istiklal Avenue, a pedestrian street that is one of the most famous in the city.

The suspect has links to the banned Kurdistan Workers’ Party (PKK) and Soylu threatened retaliation, according to the report.

The EU and the US classify PKK as a terrorist organization.

At least six people were killed and 81 injured on Sunday in what Turkish President Recep Tayyip Erdoğan denounced as a “vile attack.”

The Turkish government had previously said they suspected a woman had taken part in the attack that occurred at around 4:20 pm (1320 GMT).

Istiklal Avenue was the target of a terrorist attack in 2016, when a suicide bombing killed four people and injured 39 others. According to the Turkish government, the bomber had links to the Islamic State, but the terrorist group itself didn’t claim responsibility for the attack.