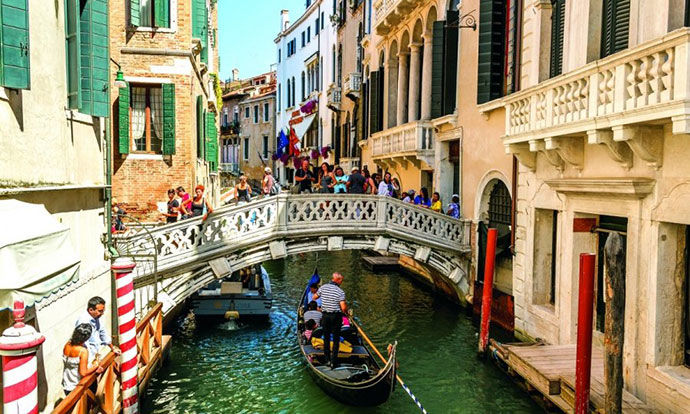 Tourists visiting Venice may be forced to pay a 10 euro entry fee to gain access to the city, Daily Mail reported.

Authorities in the Italian holiday hot spot have been given the power to introduce the entry charge, which will replace the current tourist tax that is only paid by visitors spending a night in a hotel or rented apartment.

The new fee will have to be paid by all tourists in the city, even day-trippers who only visit for a matter of hours, and will be between two and five euros (£1.70 and £4.40) but could go up to 10 euros (£9) in the high season.

According to Italian newspaper La Repubblica, the new charging system could generate 50 million euros a year, up from the 30 million a year the city currently makes from the tourist tax.

In 2017, 10 million tourists paid the tourist tax. But the new fee, with day-trippers included, would be paid by around 27 million visitors.

Venice is often overrun with tourists and locals complain that excessive crowds often clog the city’s quaint alleyways and thoroughfares.

It is believed that funds from the charge will be used to pay for the costs of cleaning the city.

Tourists will pay the fee through a surcharge in airline tickets, cruise prices or ground transportation tickets. The money will then be turned over to the city of Venice.

After the new charge was announced, the city’s mayor, Luigi Brugnaro, tweeted: ‘We will study a balanced and participated regulation that protects those who live, study and work in our territory.’

In 2018, officials in Venice proposed several ways to rid the city of what it calls ‘boorish’ behaviour by visitors.