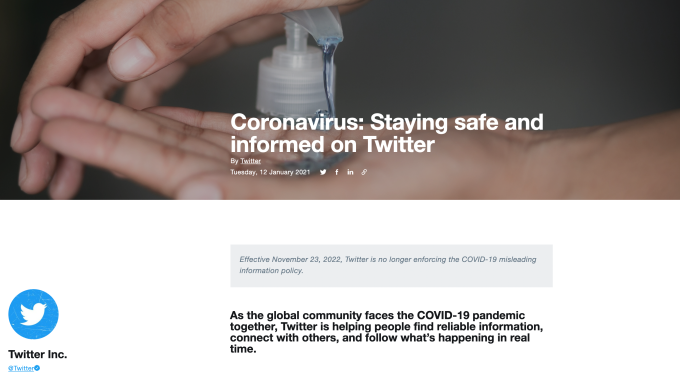 US social media platform Twitter is no longer taking action against misinformation about the coronavirus following its takeover by billionaire Elon Musk.

The corresponding measures were already suspended on Wednesday last week, according to a message on a Twitter website.

The company had established rules in 2020 to stop the spread of false and misleading information about the virus and vaccines.

In total, more than 100,000 posts were removed and more than 11,000 accounts suspended for violating the rules, according to earlier reports.

The move received a lot of criticism, mainly from the right-wing political camp in the United States.

Musk himself has repeatedly downplayed the 2020 pandemic. He was also a critic of lockdowns, which at times also halted production at the main plant of his electric car manufacturer Tesla.

By his own admission, the 51-year-old has contracted Covid-19 twice.

He is currently in the process of restoring accounts blocked on Twitter on a large scale.