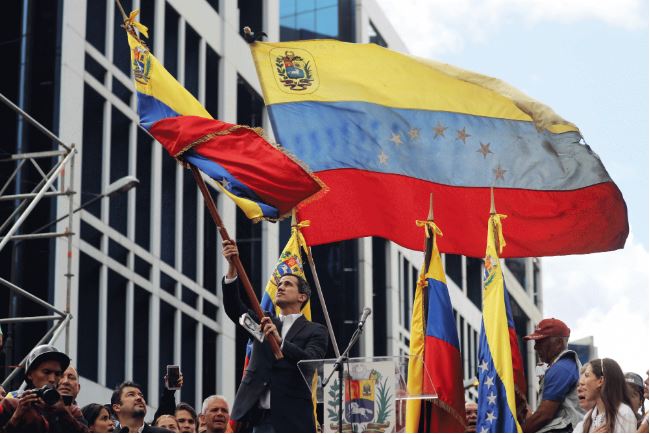 “We have had clandestine meetings with members of the armed forces and the security forces. We have offered amnesty to all those who are found not guilty of crimes against humanity,” Guaido wrote in an opinion piece published in the New York Times on Thursday.

“The military’s withdrawal of support from Mr. Maduro is crucial to enabling a change in government, and the majority of those in service agree that the country’s recent travails are untenable,” he added.

The 35-year-old speaker of Venezuela‘s opposition-controlled National Assembly declared himself interim president during nationwide protests against Maduro’s rule a week ago.

US President Donald Trump has recognized Guaido in the role, but the EU has yet to do so.

Germany and several other European states have issued an ultimatum to Maduro, saying they will recognize Guaido as leader unless he calls free and fair elections by Sunday.

Venezuelans took to the streets of their country again on Wednesday, launching a fresh round of protests to pressure Maduro to step down and spur the army to allow the entry of humanitarian aid from the United States.