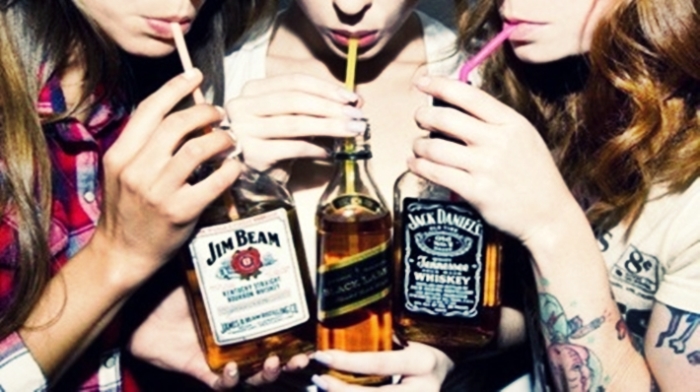 If you’re giving up alcohol for a month and are wondering what the benefits will be, Priory has outlined the positive changes you can expect to see over the weeks.

Better sleep
After one week away from alcohol, you may notice that you are sleeping better. When you drink, you typically fall straight into a deep sleep, missing the important rapid eye movement (REM) sleep. While you are supposed to have between six and seven cycles of REM sleep a night, you typically only have one or two when you’ve been drinking.

Better sleep comes with many benefits. You will be more productive, where you can learn and problem solve better. Your ability to control your emotions and behaviour will also improve.

When you drink alcohol, you lose around four times as much liquid as what you actually drank.

Dehydration can cause headaches, as your organs take water from the brain due to their own water loss. Salt and potassium levels also reduce, which can impact nerve and proper muscle function while also causing headaches, fatigue and nausea.

Therefore, giving up alcohol can help you keep well hydrated, which is in turn beneficial for your brain. Your mood and concentration will be more stable, and the frequency of headaches is likely to decrease. You also won’t suffer from the effects of dehydration such as lack of motivation and increased fatigue, so will have more energy throughout the day.

If you were to give up drinking six 175 ml glasses of wine a week, you would save around 960 calories, which is the equivalent to three burgers or five and a half bags of crisps.

And if you were to stop consuming six pints of average strength lager a week, you would save 1080 calories, which is similar to six bags of crisps or five chocolate bars.

After two weeks off alcohol, you will continue to reap the benefits of better sleep and hydration.

As alcohol is an irritant to the stomach lining, after a fortnight you will also see a reduction in symptoms such as reflux where the stomach acid burns your throat.

After a fortnight, you are also likely to start losing weight as a result of giving up alcohol’s empty calories. If you were to stop drinking six 175ml glasses of wine per week, you would have saved 1920 calories at this point, and 2160 if you’d stopped drinking around six pints of lager.

As the calories in alcohol can cause you to gain weight, giving up alcohol can also help you to reduce your blood pressure as a result of the weight you can potentially lose. By this point, if you’d previously been drinking six 175ml glasses of wine a week, you would have lost 2880 calories over three weeks. And if you’d been drinking six pints of lager a week, you would have lost 3240 calories.

Giving up alcohol will have a positive impact on your skin due to you having better levels of hydration. As more water will have been absorbed rather than wasted, you are likely to have more hydrated-looking skin, as well as reduced dandruff and eczema.

With the liver playing a part in over 500 vital processes, you also give your body a better chance of removing contaminants, converting food nutrients, storing minerals and vitamins.

After having too much alcohol, 29 people welcomed the New Year in the Skopje Clinic

Anti-moonshine regulation: Rakia makers will have to register with the state