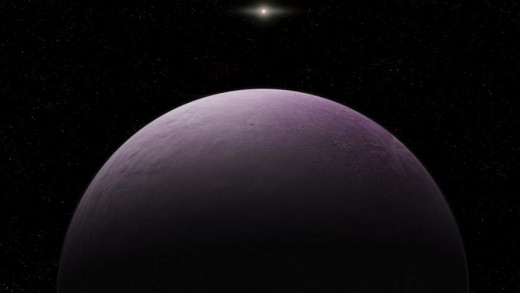 The most distant object ever observed in our Solar System has been discovered by an international team of astronomers.

Provisionally called 2018 VG18 but nicknamed “Farout”, it is said to be more than 100 times farther from the Sun than Earth, at a distance of 120 astronomical units (AU), Euronews reported.

1 AU is measured as the distance between the Earth and the Sun and equal to 150 million kilometres.

To put that in context, Pluto is currently 34 AU, making 2018 VG18 more than three-and-a-half times farther from the Sun.

One researcher credited with the discovery, Carnegie Science’s Scott S. Sheppard, told Euronews it would take a space probe about 40 years to reach “Farout” with our current technology.

“We are performing the largest and deepest search ever obtained for distant solar system objects,” said Sheppard. “We observe at all times of the year and from both the southern and northern hemispheres. So this wasn’t a serendipitous discovery as it is exactly what we are looking for, for Solar System objects that are way-way out there, far beyond Pluto.”

Sheppard also told Euronews the object would likely take more than 1,000 years to orbit the Sun once.

He added that “Farout” moves at about 2 km/s in its orbit, much slower than Earth’s speed of about 30 km/s.

Researchers say the space object’s brightness suggests that it is about 500 km in diameter, likely making it spherical in shape and a dwarf planet. 2018 VG18 has a pinkish hue, a colour generally associated with ice-rich objects.

The discovery was made by Carnegie Science’s Scott S. Sheppard, the University of Hawaii’s David Tholen, and Northern Arizona University’s Chad Trujillo.

The first images of “Farout” were seen through the Subaru telescope in Hawaii, which is run by the National Astronomical Observatory of Japan. 2018 VG18 was seen for the second time in early December at the Magellan telescope at Carnegie’s Las Campanas Observatory in Chile.

“We are using the Subaru telescope in Hawaii, which is the most powerful survey telescope in the world,” Sheppard told Euronews. “Because it is not only one of the largest telescopes but also has one of the world’s largest cameras so we can cover large areas of sky to faint depths efficiently.”

Although “Farout” is the first object to be observed past 100 AU, there is still much more to be discovered, given the Sun’s gravity extends out to about 50,000 AU.

“We are continuing our survey to find distant Solar System objects far beyond Pluto,” said Sheppard. “We will continue to observe Farout over the next few years to better determine its orbit around the Sun.”