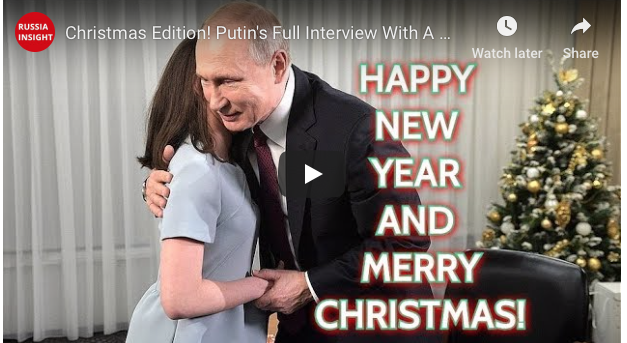 Russian President Vladimir Putin gave a special interview this week, a one-on-one with a 17-year-old girl who has a health condition. She made up for her lack of journalism experience with incredible willpower and fighting spirit, RT reported.

Putin met Regina Parpieva shortly after wrapping up his big annual Q&A session with a large crowd of reporters. The interview was fulfilling a wish that the teenager had – granted with a little help from RT.

Regina has a rare autoimmune condition called neuromyelitis optica, or Devic’s disease, which causes damage to spinal cord and optic nerves. This did not prevent her from becoming a brilliant swimmer – vying for a spot in the Russian Paralympic team – as well as a budding musician and sculptor.

But for all of the girl’s talents, she had a dream some would think unthinkable for her to achieve – becoming a journalist. And when given a chance to try it out, Regina knew who she would want to interview, the Russian president.