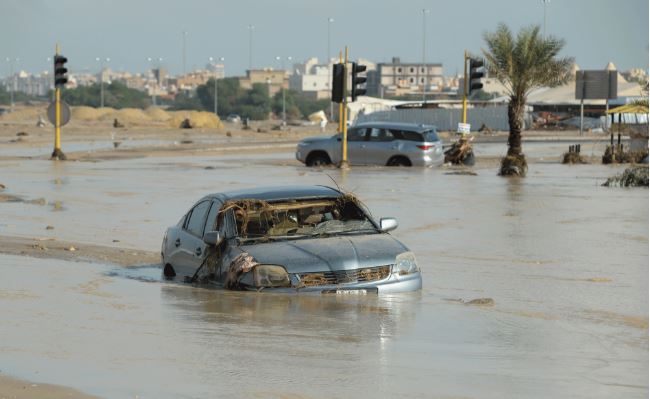 The charity’s report identified ten events that cost more than $1bn each, with four costing more than $7bn each, the BBC reports.

Scientists have shown that the chances of heat waves in Europe were influenced directly by human-related warming.

Other events, say the authors, are due to shifts in weather patterns, said to be a consequence of climate change.

According to the report the most financially costly disasters linked to rising temperatures were Hurricanes Florence and Michael, with costs said to be around $17bn for the former, and $15bn for the latter.

Research published at the time showed that the rains accompanying Hurricane Florence were made 50% worse than they would have been without human influenced warming.

With Hurricane Michael, experts say that human activities drove the emissions that made the water warmer, adding fuel and speed to the storm.

In Japan, 2018 was the summer of extremes with flooding and heatwaves causing huge impacts.

The floods killed at least 230 people and caused $7bn worth of damage, which were then followed by Typhoon Jebi, the most powerful storm to hit the country for 25 years.

A separate study from the Met Office looking at the UK suggested that the extreme heat was made 30 times more likely because of rising temperatures.

The Christian Aid study says even where scientists have not done attribution studies linking events to climate change, they believe that warming is driving shifts in weather patterns that make droughts and wildfires more likely.

“Climate change is something still often talked about as a future problem, not least because we know the consequences of the warming climate are so devastating and don’t want to face up to what is already happening,” said Dr Kat Kramer from Christian Aid.

“This report shows that for many people, climate change is having devastating impacts on their lives and livelihoods right now. The great injustice of climate breakdown is that the people that suffer first and worst, are the world’s poor that have done the least to contribute to the crisis.”

The report says that while the headline events had immediate impacts on lives and economies throughout 2018, in many developing countries there are slow-moving disasters connected to climate change such as droughts and sea encroachment that are progressively hitting millions of people.

Commenting on the Christian Aid report, Dr Michael Mann from Penn State University said the impacts of climate change were no longer subtle.

“The unprecedented floods, droughts, heat waves, wildfires and super storms we’ve seen in recent years – they are the face of climate change. The world’s weather is becoming more extreme before our eyes – the only thing that can stop this destructive trend from escalating is a rapid fall in carbon emissions.”

According to the World Meteorological Organisation’s initial observations, 2018 is likely to be the fourth warmest on record with the Earth’s average temperature hovering close to 1C above the levels recorded in 1850-1900.

Their State of the Climate report, published in November, said that 20 of the warmest years on record have been in the past 22 years.

With a high likelihood of a new El Niño forming early in 2019, the coming 12 months is expected to push the current record close, with the UK Met Office predicting that the global average temperature for 2019 will likely be 1.10C, above the pre-industrial average period from 1850-1900.