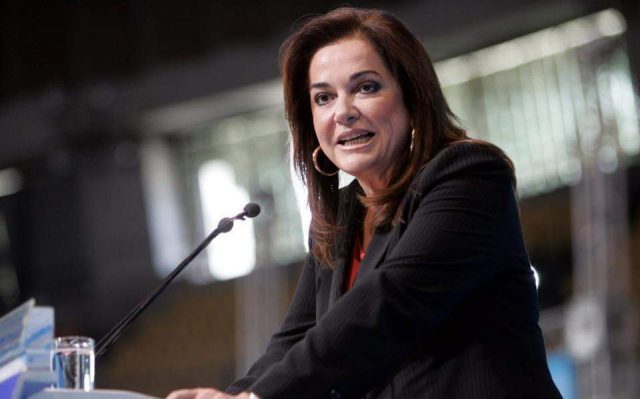 Former conservative foreign minister Dora Bakoyannis suggested Wednesday that the government was offering incentives to non-SYRIZA lawmakers for their support in the vote of confidence, Kathimerini writes.

In comments made on Skai, Bakoyannis said she believed that leftist Prime Minister Alexis Tsipras would gather the 151 votes in Greece’s 300-seat chamber to assure his government’s survival “through what effectively amounted to political transaction.”

The New Democracy official said she expected that the government will bring the so-called Prespes deal to Parliament right after the confidence vote has been completed.

In addition to the backing of 145 SYRIZA MPs and independent Katerina Papacosta, who is deputy citizens’ protection minister, the government appears to have the support of four Independent Greeks (ANEL) MPs, as well as centrist To Potami MP Spyros Danellis.

In the same interview, Bakoyannis said that national elections are likely be held in March.