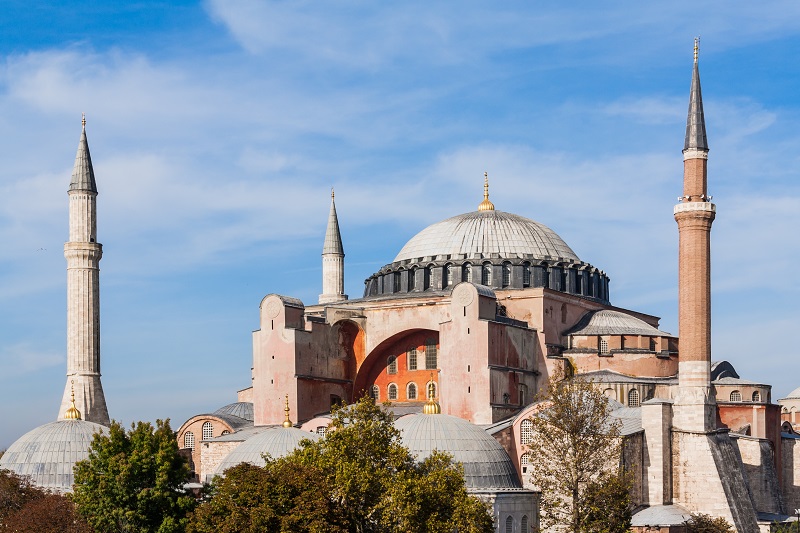 Turkish President Recep Tayyip Erdogan announced that the Hagia Sophia could be turned into a mosque again, after more than 80 years as a museum.

That is not unlikely. We might even change its name to Ayasofya Mosque. That is not a strange proposal. As you know the mosque was converted to a museum in 1935, as a reflection of the CHP mentality. We may as well take a step and change that, Erdogan said in a TV interview, condemning the move by the now opposition Republican People’s Party.

Built in the 6th century AD, Hagia Sophia was the greatest cathedral in the world until the conquest of Constantinople by the Ottomans in 1453, when it was converted into a mosque. Since 2015, small scale Muslim religious events were held there.

Erdogan’s announcement comes ahead of the hotly contested municipal elections where his AKP party is in danger of losing the Ankara municipality to CHP.

Sedat Peker, who was welcomed by the Zaev regime in Macedonia, reveals that he was smuggling weapons to Islamist groups in Syria