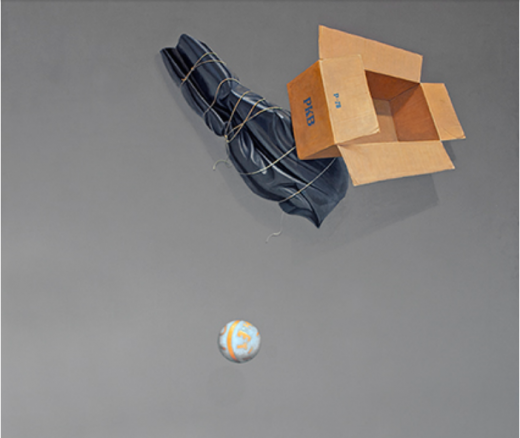 The National Gallery of Macedonia is hosting a retrospective of contemporary Macedonian artist Tanas Lulovski-Tane’s works in Skopje’s Daut Pasha Hammam. The exhibit will open on Thursday at 7 pm.

The retrospective is the first survey devoted to the late painter’s works in over ten years. According to the National Gallery, Lulovski significantly contributed to developing and promoting contemporary Macedonian art, leaving a remarkable artistic legacy.

“We will celebrate this important and uniquely talented artist who left an indelible mark on Macedonian contemporary art and inspired generations of painters,” the National Gallery said.

The exhibition charts Lulovski-Tane’s full career—from the 1960s through his death in 2006—and includes drawings and paintings loaned by the National Galery, the Museum of Contemporary Art, and Strumica’s Anton Panov Culture Center archives, as well as several private collections.

Tanas Lulovski-Tane (1940–2006) studied art at Romania’s Nicolae Grigorescu Fine Arts Institute in Bucharest before receiving a grant from the Italian government to study painting in Rome. During his lifetime, he took part in numerous artist-in-residence programs, winning residencies in Paris, Amsterdam, Maastricht, Vienna, Florence, New York, and Toronto. He was a freelance artist until 1985 when he began to teach painting at the Skopje Faculty for Visual Arts.