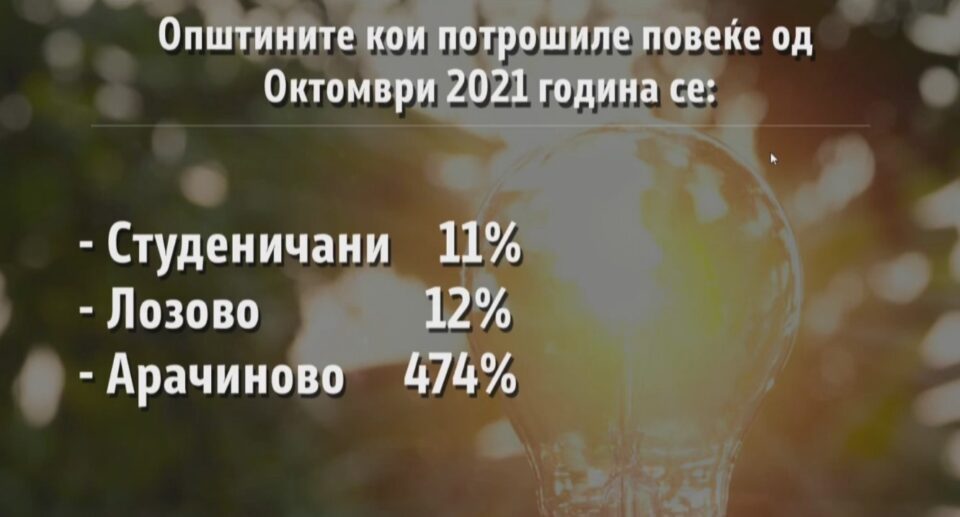 The trend of reducing electricity consumption by state institutions continues in October. According to the data of Elektrodistribucija on the saving of electricity, the administrative buildings of the President of the State, the Parliament, the Government, the ministries, ESM, MEPSO have achieved reduced consumption of electricity by an average of 29 percent, which is more compared to the total savings of 20 percent achieved in September, informed the Minister of Economy Kreshnik Bekteshi.

In October, all institutions have at least a 15 percent reduction in electricity consumption, which is in accordance with the recommendations and duties adopted by the Government. At the same time, the Ministry of Health has the lowest saving of 18 percent, and the Ministry of Education building has the highest saving of up to 58 percent. The Government’s electricity saving is 32%, the Parliament’s saving in October is 22%, the President’s Office 24%, the ESM administrative building the saving is 25%, and MEPSO’s 22%, said Bekteshi at today’s press conference in the Government.

If the data of all state enterprises, agencies, and administrations are taken into account, he emphasized, then the total saving of electricity amounts to 24 percent.

A total of 16 municipalities did not achieve saving of 15 percent, of which only three have higher consumption in October 2022, compared to October 2021, and the remaining 13 municipalities have reduced consumption, but did not achieve saving of 15 percent, indicated Bekteshi, adding that while Studenicani and Lozovo used 11 and 12 percent more electricity than last October, the Municipality of Aracinovo used 474% more.

The government will “heroically” spend 1,500,000 euros per day, and in advance for the import of electricity

Russia introduces a ban on import of Macedonian apples