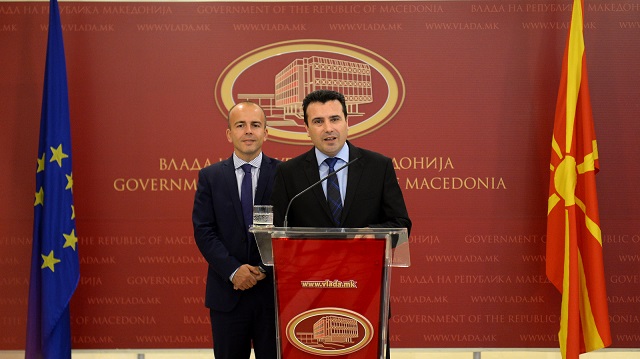 Prime Minister Zoran Zaev tried to reassure the business community over the latest tax hikes, saying that the reintroduction of progressive taxation, after a decade of economic growth under a low and flat tax regime, is mostly a symbolic measure.

In a press conference alongside Finance Minister Dragan Tevdovski, Zaev said that the higher tax rates will only affect 1 percent of the taxpayers, and that it would constitute a “symbolic message of solidarity”. His Government introduced a higher, 18 percent tax rate which will affects many businesses, and a rate of 15 percent that will hit capital gains as well as rental income. All chambers of commerce in the country condemned Zaev’s economic policy and demanded that he reverses course on the taxes, especially after the moribund growth rates during his one and half year term so far.