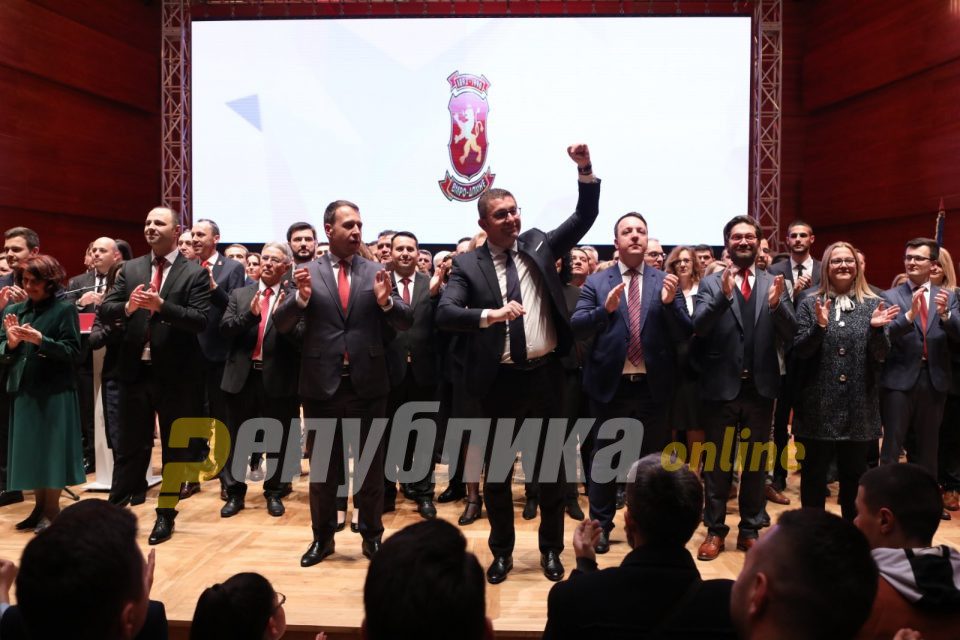 2016 will not be repeated, VMRO-DPMNE will win the April elections and form a government, VMRO-DPMNE president Hristijan Mickoski said at the party’s convention, sending a message to his opponent that his assessments were wrong and that he was boasting with foreigners in vain. 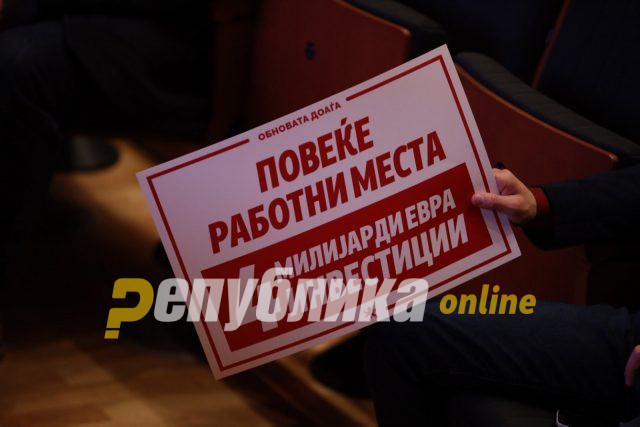 VMRO will make all necessary reforms to bring the country into the EU after the elections.

The European Union is a dream that VMRO-DPMNE will achieve because it is not afraid of doing the job. Just as we will bring an increase in the average wage in the country by + 25% in one term, an increase in the average pension by + 20% in one term or that will mean more than 3000 denars for every single pensioner. Unemployment under 10%, 0% personal tax for young people aged up to 29 years. We commit to a flat tax of 8%. We are committed to a renewal that will bring GDP growth of more than 4% annually. EUR 2 billion investment in roads. 150km of express roads, energy efficient renovation of citizens’ homes and gasification of the entire state with free gas connections for every household. Construction of new 20 and reconstruction of 50 schools. Higher incomes for university staff, more free drugs for vulnerable groups. 4 new clinical centers and a number of other projects that are part of the Renewal of Macedonia project. 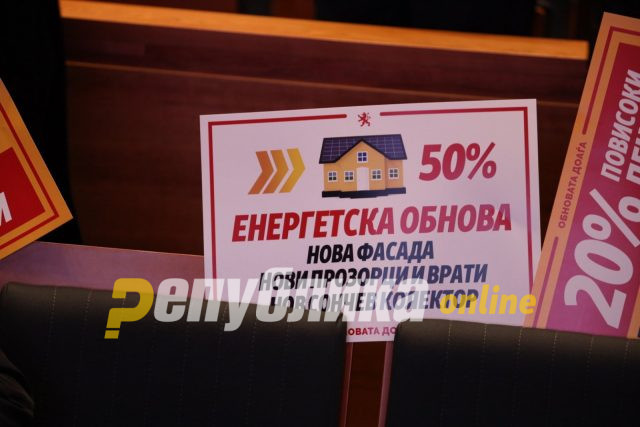