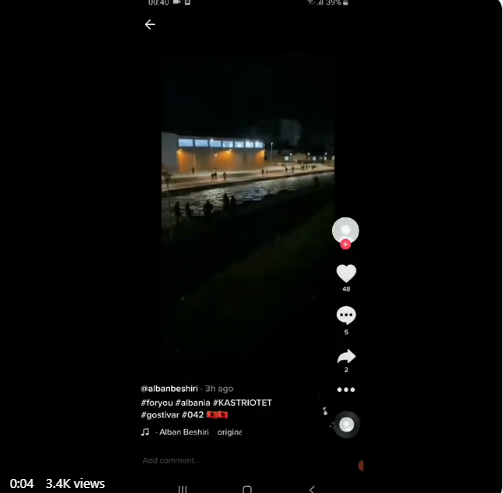 Another ugly video was shared on TikTok, after a series of incidents that were filmed and gleefully posted online, including reckless driving and having a child fire a gun in the air.

In the latest video, Albanian nationalists filmed themselves shouting at Macedonians in Gostivar, ordering them to go home. “We are here now, you kaur go home”, the men shout. “Kaur” is a derogatory term used by Muslims for Christians, based on the Arabic “kafir”.

Gostivar is a majority ethnic Albanian city with a large Macedonian community.