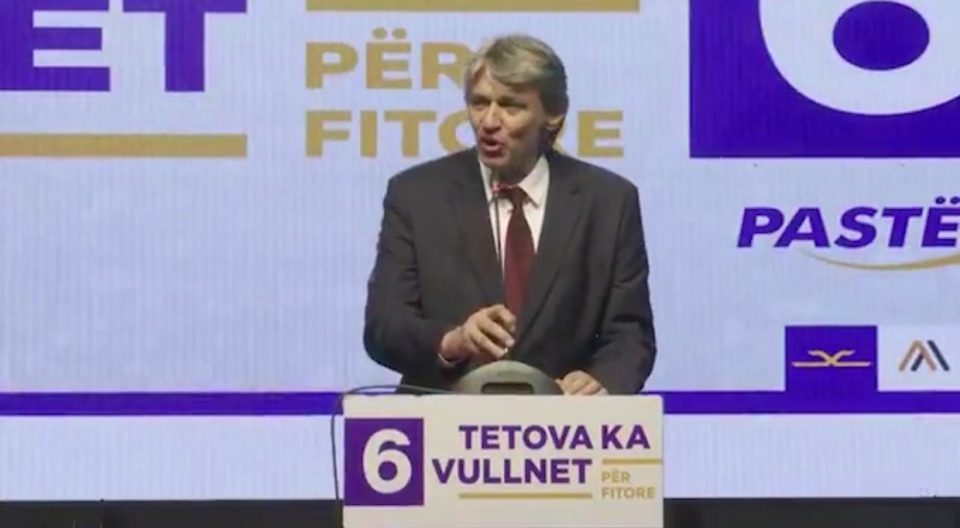 The Alliance of Albanians noted that it still hasn’t determined which way to direct its votes in the second round of the mayoral election in Tetovo. AA, in coalition with the Alternative party and VMRO-DPMNE, won a strong third place, and are well position to decide the outcome of the second round race between BESA’s Bilal Kasami and Teuta Arifi from DUI.

Some AA party officials already announced that they will direct their votes toward Kasami, as part of their campaign to break the DUI stranglehold on power over the past two decades. But the party issued a statement saying that it still hasn’t its next move.

We inform the public that the Alliance of Albanians in interested in the fall of the corrupt and criminal DUI in Tetovo, Struga, Cair, Tearce and Bogovinje, but DUI will finally fall when the Government falls. Our actions in the second round will be guided by this goal, AA said.

The race in Tetovo drives a wedge in the middle of Zaev’s coalition, which depends on the votes of both DUI and BESA for its survival. VMRO and the Albanian opposition parties are now in position to play Zaev’s two key coalition partners against each other, given the important place Tetovo plays in Albanian politics in Macedonia.