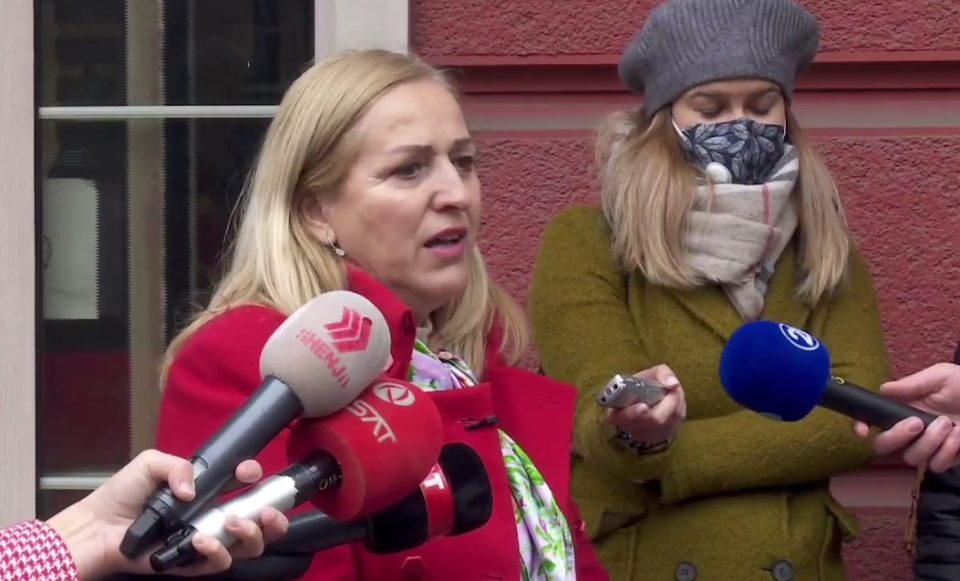 Bujare Abazi from the Alliance of Albanians held a press conference in front of the Justice Ministry to decry several recent extremely lenient sentences handed to traffic violations that led to fatal outcomes.

We see that the justice handed under the DUI – SDSM hybrid regime is not equal to all, Abazi said.

One of the cases involves mobster Zoran Mileski – Zoki Kiceec, who is close to Zoran Zaev himself. He was supposed to be in prison for his role in the Racket scandal, but due to his connections he was frequently released and in one of these outings in early September he smashed into a car while speeding with his jeep on the mountainous Kicevo – Gostivar road and killed a young father of two.

For this, Kiceec was sentenced only to six additional months in prison, on top of the three years he should already be serving for the racketeering scandal. The man he killed is an ethnic Albanian, which gives the incident an inter-ethnic dimension.

The other case happened last month when the Ohrid court gave only a suspended sentence to a speeding driver who slammed into a car full of youngsters and killed two of them while badly injuring three.

Alliance of Albanians: Our determination to bring down the Zaev Government will guide our actions in the second round vote in Tetovo