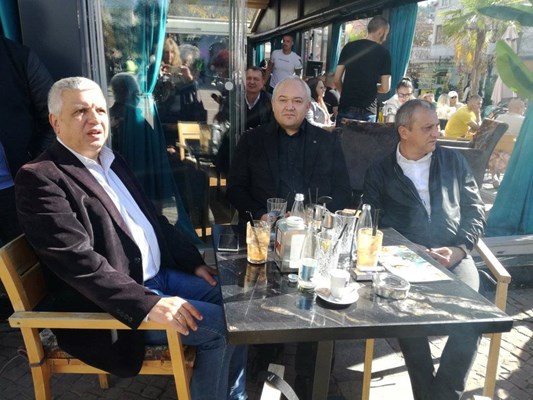 The Bulgarian Interim Interior Minister Ivan Demerdziev was personally in Blagoevgrad today, to coordinate the actions of the police that worked to prevent an incident between Macedonian groups and guests from Macedonia and the Bulgarian nationalists that gathered in the city to protest the opening of a Macedonian cultural center.

Demerdziev told Bulgarian media that “everybody is entitled to speak his mind” and that “Bulgaria showed it is capable to maintain order on its territory and to ensure the civilized course of such events”.

He praised the Blagoevgrad police for its professional handling of the potential crisis. Macedonian officials such as VMRO-DPMNE leader Hristijan Mickoski and Levica party leader Dimitar Apasiev were accosted  by a provocative Bulgarian nationalist but it did not develop into a more serious incident.