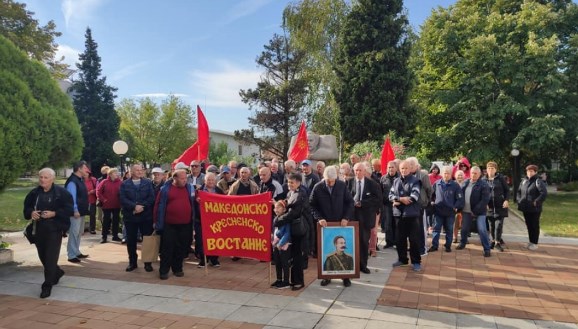 Organizations and parties that represent the Bulgarians in Macedonia sent out a request to the DZS statistics bureau to allow them access to the census data. The demand comes after reportedly less than 100 Macedonian citizens declared that they are of Bulgarian ethnic origin, even after years in which Bulgaria issued over 100,000 dual citizenships – a vast majority of them used by people eager for easier access to the EU labour market.

The GDU party led by Petar Kolev and the Macedonia Foundation led by Viktor Stojanov insist that DZS is manipulating the numbers and that census canvassers do not allow citizens to freely declare their Bulgarian origin. The census will in the end reveal the total number of various ethnic groups in Macedonia, but how an individual declared him or herself in the census will be confidential – although Stojanov hinted that Bulgarian authorities will get the individual reports from the Bulgarian software company which was hired by DZS to prepare its census app.

Will canvassers be held responsible for incorrectly and unprofessionaly entering the identity of the citizens? Will the citizens be allowed to receive a written report from your institution, that will show their declared ethnic identity? And if so, and if there is discrepancy between their statement and the data that was entered, will the citizens be allowed to protect their right to self-determination?, asked Kolev, in an open letter to DZS and its president Apostol Simovski.