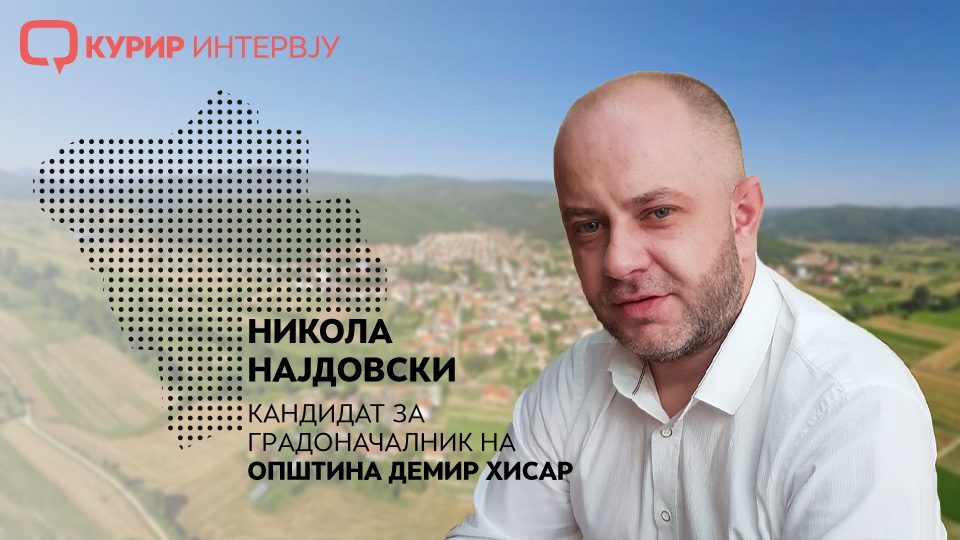 Crime, nepotism and poor performance of the government in recent years have contributed to apathy among the citizens, as well as the complete distrust in the institutions of the system, which was reflected in the mass emigration of young and educated people in Western European countries. The picture in the future will be different, the candidate for mayor of Demir Hisar Nikola Najdovski said in an interview with “Kurir”.

According to him, the daily communication with citizens, as well as his professional and political engagement in the past period, contributed to him getting acquainted in detail with the problems and needs of the people of Demir Hisar.

They have always existed, but never as in the last 4 years since the SDSM took over the local government. No realization of the promised projects from 2017, total fiasco in every field, 4 years of suspicious and criminal tenders both in the municipality and in the public enterprises and unprecedented nepotism. The people of Demir Hisar don’t deserve it, on the contrary. They deserve a prosperous municipality that will offer solutions to problems, will provide a favorable climate for new investments and new jobs, will completely renew the road and communal infrastructure, will provide better conditions in the education system, sports, agriculture and tourism. I believe that as a young, educated, ambitious and above all honest man, I have a duty, investing with all our capacity, together with our team, to bring new energy and new hope to all citizens of Demir Hisar, against the grimness and apathy that left this outgoing government, Najdovski said.

He says that they must build a modern and functional municipality according to European standards that will work exclusively in the interest of the citizens of Demir Hisar.

A municipality that will be accountable and transparent and will service all the  needs of the people. For that purpose, we have carefully and professionally prepared the program for these local elections which offers solutions to the problems of the citizens, as well as numerous projects for local economic development which will ensure sustainable development of the local community, he added.

He says that creating a positive business environment for all potential new investors as well as for the existing companies that currently operate in the municipality of Demir Hisar will be one of his top priorities. He also mentioned the plan for initiating partnerships with international and domestic development agencies, which will enable the realization of major capital projects in Demir Hisar.