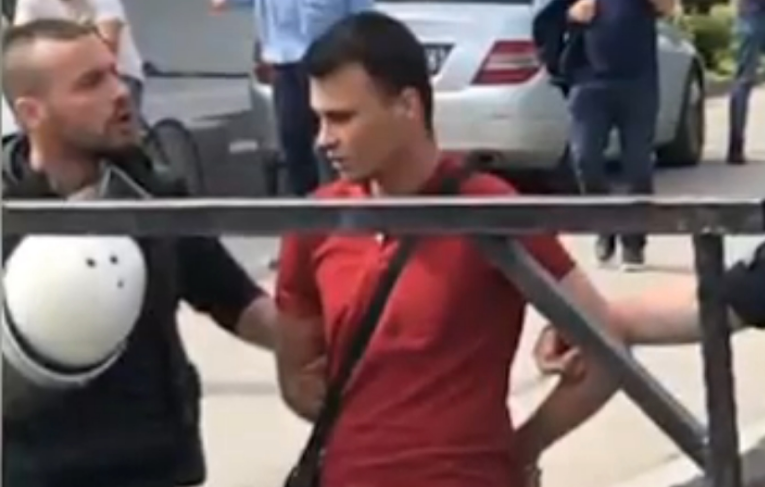 The association of European Democrat Students, affiliated with the European People’s Party, strongly condemned the brutal arrest of a young protesters in Skopje yesterday. Stefan Kaloshev joined the protest called for the VMRO-DPMNE at an intersection in downtown Skopje, and was arrested and beaten by police officers.

Today, a member of the executive committee of the Youth Force Union of VMRO-DPMNE, our member organization from Macedonia (flag symbol) was arrested while recording a video during a peaceful protest against the Social Democrat government in the capital Skopje. As the European Democrat Students, we strongly condemn this act, and call for the right to protest be respected by the Social Democrat government, EDS said in a statement.

Kaloshev was arrested while he was filming the protest. VMRO-DPMNE supporters blocked an intersection using their vehicles and a policewoman was writing down the car license plates – which is an intimidation tactic against the protesters. Two members of Parliament walked up to the officer to ask her why she is doing that, and Kaloshev was filming this when officers grabbed his phone and hit him, while dragging him to the police van. He was beaten during the transport to the police station, and had to seek medical assistance after his release.

Fidesz announces it is leaving the EPP