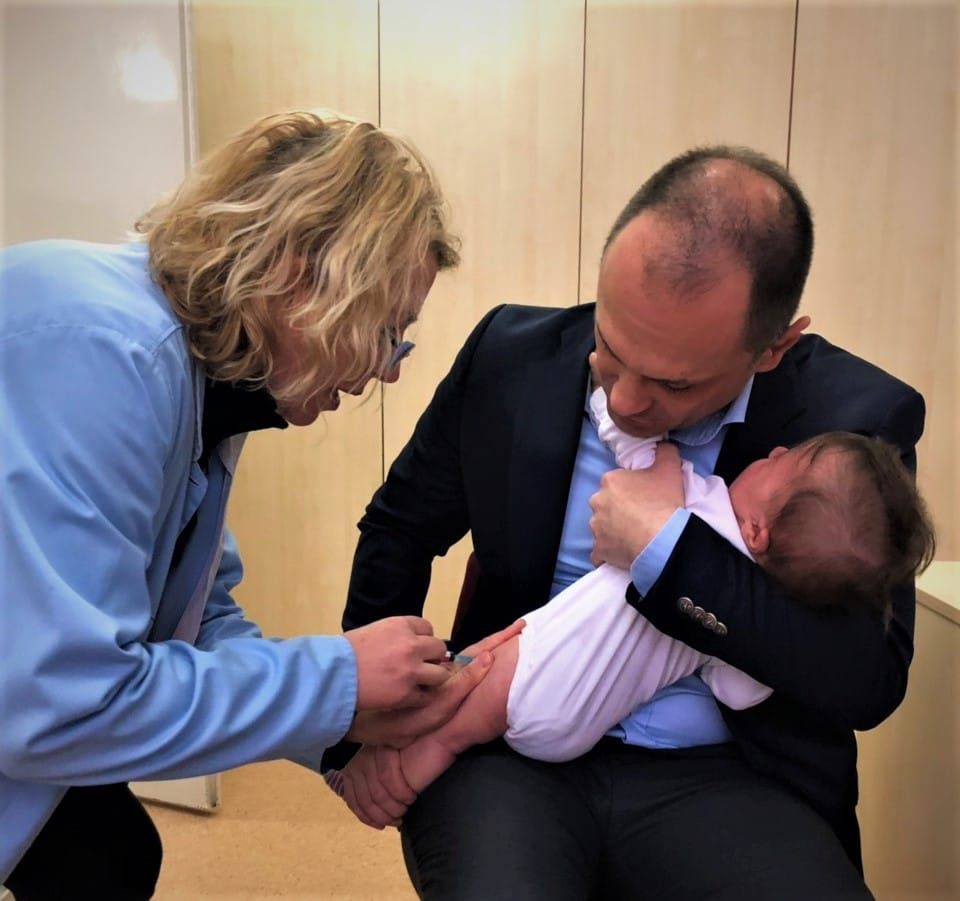 It is the second PR stunt Healthcare Minister Venko Filipce pulled to blow up in his face and to only further inflame anti-vaccination activists in Macedonia. First there were the billboards his Ministry ordered ahead of the September 2018 referendum to rename Macedonia, which declared that if the people vote “yes”, once Macedonia joins the EU they will have safe vaccines, prompting questions whether the vaccines in use now are unsafe.

In early January, shortly after declaring a measles epidemic and ordering unvaccinated children to be removed from kindergartens, Filipce also shared a picture showing himself holding his little niece while a doctor seemingly pricks her with an injection. The move was meant to encourage the public that the vaccines are safe after an expired batch was found, promptly declared safe but mistakenly labeled with an old date, and eventually destroyed.

But the image of the little girl’s vaccination also raised questions. The needle looks as if the green safety cap is still on, causing citizens to wonder whether the event was staged. And the girl seems too young to be vaccinated. Today, Filipce confirmed that it was a fake vaccination and that the girl is too young to take the MMR shot.

It’s good to give a personal example that doing something is the right thing to do and the vaccination of my niece was a step in that direction, although she is too young and couldn’t be vaccinated yet, but the picture was shared in order to assure the citizens, the parents of little children, that the vaccines are safe, Filipce told Radio Free Europe.

His comment caused outrage on the social media accounts, with people asking how they can trust that the vaccines being used in Macedonia are safe when the Government is so openly lying to them. Some 15.000 children under the age of 14 are not vaccinated with the MMR vaccine, and these numbers are exceptionally high among the youngest children, with parents opting to wait until they begin to speak and are somewhat developed mentally before jabbing them.