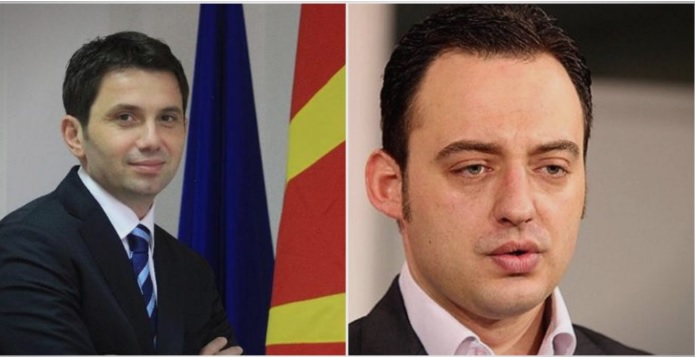 The Skopje Criminal Court approved the request of political prisoner Mile Janakieski to be released from the Shutka prison into house arrest. Janakieski and another former Government Minister Spiro Ristovski were attacked on Thursday by a group of Albanian terrorists who were involved in the May 2015 attack on Kumanovo which left eight Macedonian officers dead.

Janakieski and Ristovski sustained injuries and Janakieski had to be hospitalized twice.
According to the court decision, Ristovski will have to remain in Shutka.

The two were arrested along with former Parliament Speaker Trajko Veljanoski and charged with “terrorism” in the broad case over the April 2017 incident in the Parliament. The SDSM party led Government and judges and prosecutors under its control have abused this case to blackmail and pressure numerous VMRO-DPMNE party officials and especially members of Parliament who were blackmailed to vote in favor of renaming Macedonia. Veljanoski was not kept in detention due to his Parliamentary immunity, but the court has initiated a procedure to have it removed.

Janakieski was already revenge detained in November after former Prime Minister Nikola Gruevski left the country for Hungary, where he claimed asylum due to the politically motivated court cases against him and overt threats that he will be killed in prison. Janakieski was then detained based on a different court case initiated against him, even though he was dutifully reporting to the courthouse and was attending all hearings against him. He was released into house arrest only after US Ambassador Jess Baily sent an unprecedented open letter to the courts in which he washed his hands off of the cases in which VMRO officials and activists were being charged and detained. Baily insisted that the decisions were made by the judges themselves and not on the orders of the US Embassy.