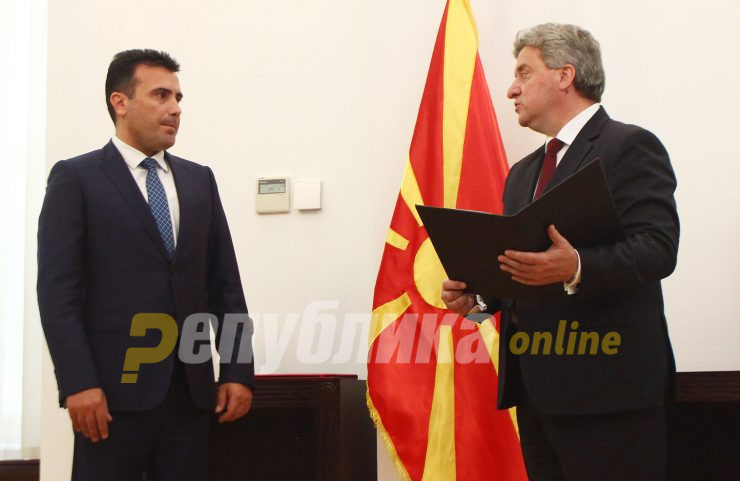 Former Macedonian President Gjorge Ivanov addressed the public with a statement following the comments made by Prime Minister Zoran Zaev in his BGNES interview in which Zaev accepted practically all positions held by Bulgaria towards Macedonia.

As a two term President of the Republic of Macedonia, I’ve numerous times said that when you declare that you’re willing to resolve some issue at any price, than the price you pay will be the heaviest. The price of the way the Macedonian issue is being settled is the legal and historic nullification of the Macedonian nation, because once there is no Macedonian nation, Macedonian identity or Macedonian language, then there will be no Macedonian issue. The issue of our identity is being resolved by its nullification. This pushes the Republic of Macedonia and the Macedonian people into a legal, political and historic abyss and the Pandora box is being opened. Everyone now stakes the claim to deny our birthright, at many levels. There are issues you don’t negotiate about, rights you can’t talk about, red lines you don’t cross, Ivanov said in his statement.

Shortly before Ivanov’s statement, the other living former President of Macedonia Branko Crvenkovski distanced himself from Zoran Zaev, called on the SDSM party to remove him as leader and Prime Minister, and froze his party membership until that is done. Current President Stevo Pendarovski also criticized Zaev, referring to his BGNES interview as historic revisionism.

Ivanov adds that “the people now saw Zaev’s real face – this self-declared ‘experienced politician’ proved to us that what we are witnessing is national treason”. Ivanov denounced Zaev for casting doubt on the anti-fascist character of the fight of Macedonian partisans during the Second World War, with his relativization of the fascist alignment of Bulgaria during its occupation of Macedonia. “The ASNOM manifesto states that the hardest years of the Macedonian people were endured under the greater-Bulgarian occupation”, Ivanov says.

Our people don’t live in the past, but with the past, not to hate, but to remember. And now you want to censor and erase our collective memory. In any democratic country, in any EU and NATO member state, a head of Government who makes such statements, resigns, Ivanov adds.