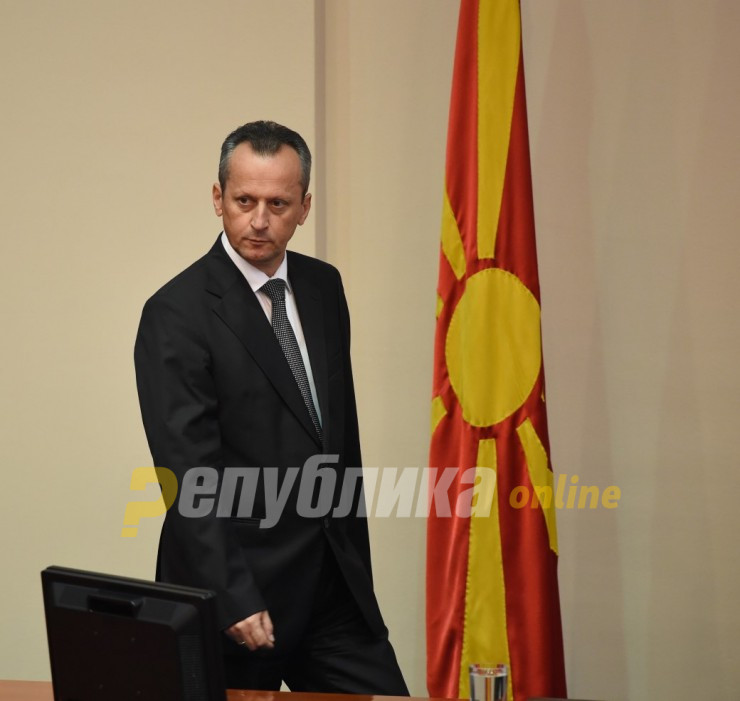 After the members of Parliament from the ruling majority got into a heated argument and failed to hold a vote to revoke his immunity, former Speaker Trajko Veljanoski said that he will appear before the court in the upcoming “terrorism” case against him.

The Parliament of the Republic of Macedonia did not reach a decision to revoke my immunity. That is a principled decision. I remain available to appear before the court whenever summoned and I will respect all the laws and regulations, Veljanoski wrote on his social media account.

He faced being sent to the Shutka prison, now apparently run by a group of actual terrorist who last week brutally assaulted two other opposition officials. Veljanoski is charged over the April 2017 incident in the Parliament – a broad court case which the SDSM Government used to charge and blackmail a dozen of VMRO members of Parliament and officials and dozens of activists and protesters. The blackmailed members of Parliament were pressured to vote in favor of renaming Macedonia into North Macedonia, but the arrests continued even after the constitutional amendments were rammed through Parliament.

An argument between Speaker Talat Xhaferi and SDSM member of Parliament Muhamed Zekiri erupted in the final minutes of the Parliament session, when the vote was supposed to be held against a hard midnight deadline. An annoyed Xhaferi eventually adjourned the session without putting Veljanoski’s immunity up for a vote, which today caused recrimination between SDSM and DUI officials.

Random testing will show how immune the public is to Covid

Zaev himself claimed that on April 27th, the Parliament worked normally

Veljanoski: The prosecution is rudely misrepresenting its case to portray me as a villain